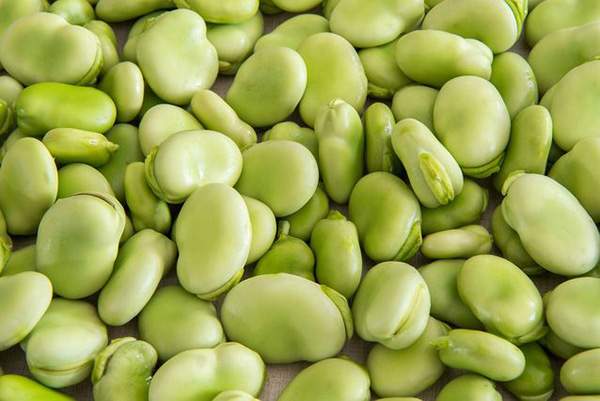 Lima beans, also called patani in some regions, are legumes grown because of its edible beans. Since early civilizations, people have included beans in their diet due to its nutritional content. The following are the health benefits of the beans, along with a sample recipe.

One health benefit of lima beans includes brain health. According to Dove Med, the beans can fight neurodegenerative disorders. As per the publication, the pant is rich in molybdenum, which assists in energy production in the cell, as well the development of the nervous system function. The beans also help provide the brain the vitamins and minerals it needs to function properly; vitamin B is one of the vitamins that promote the function of the nervous system, which includes cognition, memory, and sensation. The beans also contain folate, which reduce homocysteine levels; as per studies, homocysteine acts as a dangerous precursor to neurodegenerative diseases like Parkinson’s disease and Alzheimer’s disease. As per Mercola, lima beans contain 39 percent of the daily food value for folate, 20 percent for vitamin B1, and 15 percent for vitamin B6.

Another health benefit of lima beans is its fiber content. Fiber acts as a sweep, helping the body eliminate unwanted agents like toxins and free radicals, which contribute to the development of various illnesses like diabetes, heart disease, and cancer. Fiber also increases bulk and stool roughage, enabling smoother passage of stools during defecation; thus, it helps prevent gastrointestinal conditions like constipation and hemorrhoids. An increase in fiber in the diet also helps prevent conditions like diverticulosis. According to Wiki Fitness, fiber also reduced blood sugar and cholesterol; hence, it helps prevent and manage conditions like diabetes mellitus and heart diseases, respectively.

Beans like lima are also rich in protein. Protein is one of the three macronutrients, with carbohydrates and fats as the other two. Among the three, protein is the one responsible for the growth and repair of cells and tissues; for instance, it acts when a person is cut or wounded, amino acids facilitate the repair of the damaged cells and tissues. Thus, beans are recommended for weight lifters, since muscles are torn during resistance training. The protein found in lima beans help repair the damaged muscles, allowing them to recover and grow. As per Live Strong, the beans contain about four percent of the recommended daily value for protein.

See also  Start Your Mornings Right With These Simple Fixes

To prepare, as per the publication, the person combines the water, chicken, and salt pork in a large pot over high heat and brings them to a boil. Heat is reduced to low and then the pot is covered and allowed to simmer for 45 minutes until the chicken is tender. Then, the chicken is removed and allowed to cool. The meat is also removed and the skin and bones are discarded; the meat is also chopped into bite size pieces, which are brought back to the soup. Once done, the potatoes, tomatoes, corn, onions, Worcestershire sauce, salt, pepper, and lima beans are added, stirred well, and simmered uncovered for an hour.

Lima beans are considered nutritious, due to their health benefits. Hence, they can be easily added in various dishes to improve a person’s health and well-being.