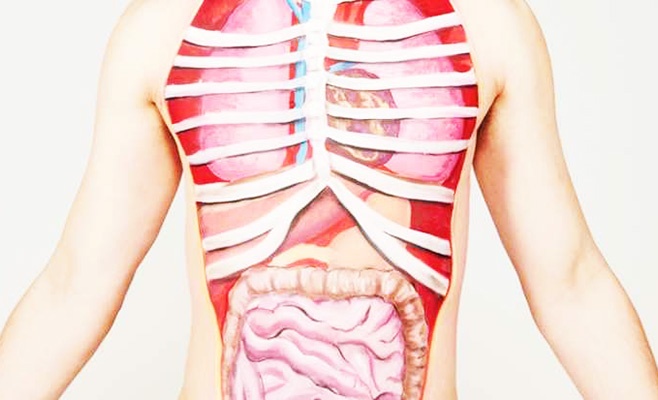 Chest Pain? It Can be Costochondritis and Not a Heart Attack

Keeping all of your organs healthy and intact is definitely important if you want to live a long life. Did you know that it’s very much possible for you to exist even with some of your organs removed? If you like to know which organs can be eliminated surgically without costing you your life, keep on reading.

Are you aware that Pope Francis only has one lung in his body? It was removed back in his teenage years, presumably due to an infection. The pontiff, needless to say, is a living proof that you can live with a single lung only.

Experts say that the remaining lung makes up for the absence of its partner by increasing in size to accommodate more air. Usually, having only one lung won’t keep you from having a normal life, although it’s very much likely that you won’t be able to engage in strenuous sports or exercise as someone who has both of his or her lungs intact.

It’s no secret that most people have two kidneys — most because some are actually born with only a single kidney while others have had one of their kidneys removed surgically. Actually, in some cases both of those bean-shaped organs are removed. Some of the reasons for such include kidney damage and inherited conditions.

Health authorities say that although a person can live without both of his or her kidneys, he or she needs to be placed onto dialysis which involves the use of a machine that practically carries out the function of the kidneys.

Your stomach’s designated role is to break down foods mechanically and with the help of some substances like digestive acids and enzymes. Because all of the nutrients in the food you eat as well as water are absorbed by the small intestines (except for alcohol which is absorbed by the stomach) it’s possible for you to live without a stomach.

Cancer and trauma are the most common reasons why the stomach needs to be removed. Surgeons attach the end of the esophagus to the opening of the small intestines to keep intact the continuum of the digestive tract.

Right next to your stomach is the spleen which is tasked at recycling old red blood cells or RBCs and fighting bacteria that can cause certain types of infections such as meningitis and pneumonia.

Because the liver and certain components of the immune system can carry out some of the roles of your spleen, the said organ of yours can be removed without problem. The most common reason why the spleen is surgically removed is trauma — it sits close to your ribs and a rib fracture can easily cause the spleen to become ruptured.

READ  Everything You Need to Know About Protein in the Diet

Your gallbladder is situated right under the liver, and its primary function is to serve as a storage space for bile, which is a liquid produced by the liver and is necessary for the digestion of fats.

Since it is the liver that manufactures bile required by the gastrointestinal tract, the absence of the gallbladder should not be a massive issue. However, opting for a low-fat diet is recommended by doctors. The consumption of something fatty can leave the person without a gallbladder to experience abdominal pain and also frequent bowel movements.

In males and females, the chief organs of reproduction are the testes and ovaries respectively. It’s important to note that other organs of the reproductive system may be surgically removed, too, such as the uterus.

Baking Soda Benefits You Should Know About

Referred Pain That You Should Take Really Seriously