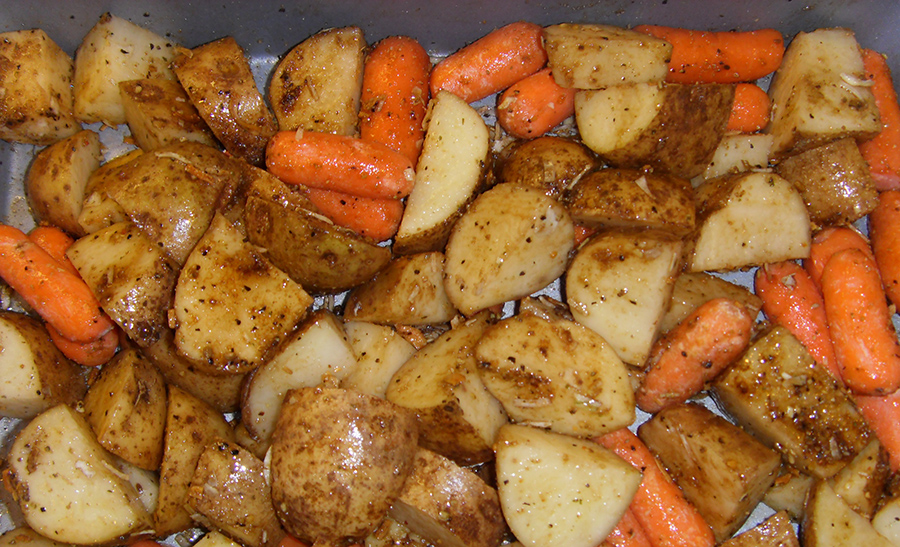 Reasons to Eat Potato Peels (Or Not Throw Them Away)

The liver is one of the vital organs in humans and some animals. Located in the upper right quadrant of the abdomen, it is the largest gland of the body and it supports other vital organs through detoxification of blood. Just like the kidneys, the liver help get rid of toxic substances like drugs and alcohol from the body.

Along with detoxification, the liver is also responsible for the production of bile, a substance that breaks down fat; storage of glucose, vitamins, and iron; conversion of stored sugar to functional sugar when the body’s glucose levels decline; break down of hemoglobin, insulin, and some hormones; conversion of ammonia to urea, which plays a pivotal role in the metabolic process; and the destruction of old red blood cells, which stimulates the body to produce new blood cells, as per Health Line.

Chicken in lettuce wraps is another liver-friendly meal. It is known that chicken is an excellent protein source, in addition to calories and fat. On the other hand, lettuce as a vegetable is a great source of dietary fiber, in addition to vitamin A, B, C, iron, potassium, magnesium, calcium, and sodium.

As per Liver Support, the ingredients include one pound of ground chicken, one head of butter lettuce, a tablespoon of olive oil, two cloves garlic (minced), half onion (diced), one-fourth cup of hoisin sauce, two tablespoons of soy sauce, a tablespoon of rice wine vinegar, a tablespoon of freshly grated ginger, a teaspoon of Sriracha, an 8-ounce can of whole water chestnuts (drained and diced), two green onions (thinly sliced), two carrots (peeled and shredded), salt, and pepper.

To prepare, the olive oil is heated in a saucepan over medium to high heat. Then, the ground chicken is added and cooked for three to five minutes until brown in color. Once done, the garlic, onion, ginger, Sriracha, rice wine vinegar, and hoisin sauce are added and cooked for a minute or two or until the onions have become translucent. Then, the green onions and water chestnuts are stirred in for about one to two minutes until tender. Salt and pepper are then added to taste. When done, several tablespoons of the chicken mixture are spooned into the center of a lettuce leaf and are topped with shredded carrot.

Nutrition plays a role in maintaining a healthy liver and the following are some meal recipes that contribute to the health of the body’s largest glandular organ.

See also  10 Types of Salt You Should Know

When it comes to warming the digestive system and maintaining the liver’s health, soup is one of the best food choices. The recipe includes yellow and orange vegetables – pumpkin, carrot, and potato. All three are great sources of potassium and vitamin A, in addition to carbohydrates, fiber, magnesium, iron, calcium, and vitamins B and C.

To prepare, the chopped onions are fried in olive oil. Then, the sliced garlic cloves are added and cooked until soft. Once done, the curry paste or powder is added and cooked for a minute. After that, the prepared vegetables and the chicken stock are added and brought to the boil. Next, the heat is lowered and the pan is covered and simmered gently until the vegetables become tender. When done, the soup is blended and is seasoned with black pepper. Finally, the light cream may be added, if desired.

Overall, the liver is one of the most significant organs of the body, as it gets rid of harmful substances to keep the body health and in an optimum level of functioning. Thus, the liver’s health should also be taken into consideration through meal recipes that contribute to its life.

What Would Happen If You Placed a Bottle of Peppermint Essential Oil in Your Pocket for a Week?