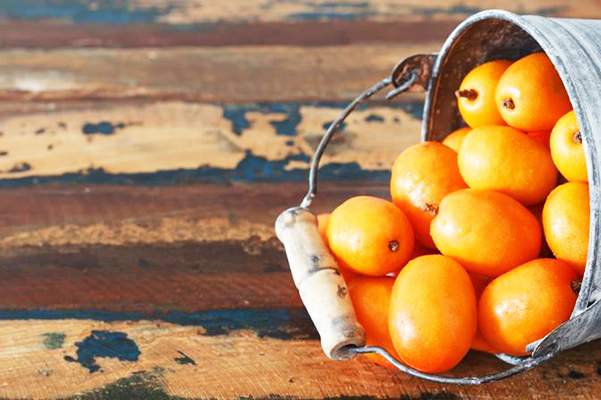 Eliminate Mold for Good with Any of These Really Simple Solutions

Hog plums are trees that bear edible fruits which may be eaten ripe or raw. Various parts of this tree such as the roots, bark, leaves and flowers are used by traditional healers in dealing with a wide variety of health problems. The said parts have active compounds possessing antimicrobial, astringent, antioxidant and anti-inflammatory properties.

Just like what’s mentioned earlier, hog plum fruits can be eaten even when raw. However, ripe ones are the favorites of many due to the avocado-like texture and sweet taste. While they may be eaten as they are, hog plum fruits that are ripe are commonly turned into juice, jams and jellies, and used for flavoring ice cream and other desserts.

Without further ado, let’s take a look at some of the medicinal and health benefits offered by hog plums:

The leaves of hog plums may be crushed and used for treating oral sores. The same thing is known to be an effective remedy for all sorts of infections concerning the oral cavity.

Similarly, the crushed leaves of hog plums may be employed for dealing with painful and swollen joints and muscles. It’s for the fact that the leaves, as well as other parts, of hog plum possess anti-inflammatory properties. Tea out of the leaves of hog plum may also be consumed for controlling pain and inflammation from within.

The said tea out of hog plum leaves are also commonly given to people who are having a bout of fever. Traditional healers often recommend the said herbal drink to those who are experiencing chills or convulsions.

Hog plum leaf tea may be consumed by those who are suffering from cough as it helps in loosening thick mucus as well as promoting a more comfortable breathing. It is also ideal for those who are down with the common cold as it contains vitamin C that strengthens the immune system.

The fruits of the hog plum tree also contain iron. It’s exactly for this reason why adding them in the diet can help ward off and even reverse iron-deficiency anemia. Iron found in the said fruits is needed for the production of red blood cells or RBCs, which are the ones that enable oxygen to be transported by the blood.

Inclusion of hog plum fruits in the diet may help lower a person’s risk of heart disease. Thanks to their antioxidant and anti-inflammatory properties, both blood pressure and bad cholesterol levels may be lowered.

Decoction out of the bark of hog plum is commonly employed by traditional healers in dealing with a variety of problems concerning the GI tract. For instance, it is known to kill off parasitic worms and put an end to dysentery. This particular decoction is also known to be very effective against indigestion and hemorrhoids.

The said decoction may be used topically for the management of rashes and boils. It is also a superb all-natural remedy for the likes of dermatitis, eczema and even leprosy, according to traditional healers.

Decoction out of the roots of hog plum is known to help deal with all sorts of venereal diseases such as gonorrhea, chlamydia and genital warts. In places where hog plum is native to, women rely on the said decoction in putting an end to vaginal infections, courtesy of its antimicrobial properties.

Warning: It’s important to note that any preparation containing any part of hog plum should be avoided by women who are pregnant as it’s known to cause abortion.

Comments
Sourcelivestrong.com
Previous articleHepatitis C Causes and Symptoms
Next articleWhat You Need to Know About Polydactyly (Having an Extra Finger)