There are many different types of skin cancer, and melanoma is said to be the most dangerous of them all. The fact is it’s almost always treatable if detected early. Otherwise, this form of skin cancer can easily spread to various parts of the body, making it hard to treat as well as fatal.

Melanoma happens when damaged DNA of the skin cells, which is usually caused by exposure to the sun’s UV rays or the use of tanning beds which also emit those dangerous rays, causes mutation. This usually leads to the rapid multiplication of skin cells, causing them to form dangerous tumors.

Usually, melanomas look like they’re moles. Some of them actually stem from previously existing moles. Most melanomas are black or brown in color, although it’s possible for some of them to be pink, red, blue, purple, white and skin-colored. There are some signs that you should look out for, all of which will be discussed later on.

Let’s now get a closer look at some of the most vital matters that you should know about this deadly skin cancer.

Being exposed to the UV rays of the sun excessively is the leading cause of melanoma. It’s not unlikely for you to develop this condition no matter if you had sunburns or you get intense exposure to the sun from time to time. Because tanning beds also give off UV rays, using them may increase your likelihood of developing melanoma.

Experts say that a family history of melanoma may put you at risk of developing such dangerous type of skin cancer. You are also at high risk of having it if you have numerous moles, and you have fair skin that doesn’t tan but ends up sunburned or with freckles. This is especially true if you have blond or red hair and green or blue eyes.

There’s a mnemonic that may be used to help you in the early detection of melanoma. It’s ABCDE — asymmetry, border, color, diameter and evolving. Here’s an elaboration:

• Asymmetry – One half of the mole does not look similar to the other half.
• Border – The edges of the mole appear uneven, such as blurred, notched or ragged.
• Color – Benign moles have one color, but cancerous ones may have a variety of colors.
• Diameter – The mole has a diameter comparable to a pencil eraser.
• Evolving – Apparent changes in color, shape, size and position.

There are various melanoma staging systems being used by doctors. They depend on certain factors such as the depth of the cancer in the skin and the thickness of the melanoma.

One of the simplest ways of staging the condition is through the so-called TNM staging. TNM stands for tumor, node and metastases. Just like what the words that those letters stand for explains, this system takes into account certain matters like the size of the primary tumor, the presence of cancer cells in the lymph nodes and how far the problem has reached down from the skin’s outermost layer.

As earlier mentioned, melanoma is almost always treatable if it’s detected early. Doctors can deal with it easily if the cancer only affects the skin. It can be extremely challenging for the problem to be treated if it has already spread to the other parts of the body.

Surgical removal of the melanoma is one of the key treatments available for the dreaded skin cancer. It is also possible for someone with melanoma to undergo chemotherapy in order to have the growth of the cancer cells delayed or stopped, as well as immunotherapy wherein medicines are administered to help the body fight off cancer cells.

Repair Your Kidneys with Baking Soda 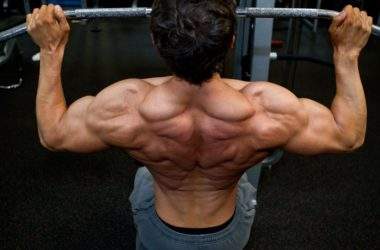 People who are into fitness are familiar with V-tapered physique and most of them aim for it. It… 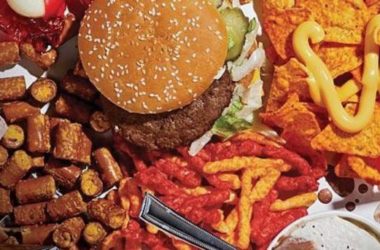 What You Should Know About Processed Foods: Are They All Bad?

Processed foods have been altered from their natural state, either for safety reasons or because it makes them…