Morning Diarrhea: What You Need to Know About It

Do you hop out of bed in the morning and head straight to the bathroom because of the strong urge to move your bowels? Then you may have morning diarrhea. This article will tell you some of the most important things you need to know about it, such as its common causes and how it can be managed.

Starting the day right – this that can turn you into a happier and more productive individual from sun up to sun down.

Unfortunately, it’s something that can be difficult to do if you are suffering from morning diarrhea. The trouble with it is that it can cause more problems that just wanting to rush to the bathroom as soon as you open your eyes. It is possible for morning diarrhea to be accompanied by:

In some cases, morning diarrhea can also come with nausea, vomiting, fever and blood in the stool – it all depends on what’s causing the problem.

Speaking of cause, morning diarrhea can be due to a lot of things. Sometimes it can be blamed on temporary matters only such as the intake of certain medications, emotional stress, anxiety, alcohol consumption, dietary changes, excessive exercise, pregnancy and some infections.

There are cases in which morning diarrhea can brought about by a long-term or chronic health issue, and some very common examples are irritable bowel syndrome (IBS) and inflammatory bowel disease (IBD).

Let’s take a quick look at some of the most common culprits behind morning diarrhea.

Some types of medications are known to cause diarrhea as a side effect, and antibiotics are notorious for it. Especially if antibiotics are taken before bedtime, it’s not unlikely for you to have diarrhea the following morning.

Being stressed emotionally and being anxious can in fact have an unfavorable impact on your gastrointestinal (GI) tract. Especially if you hop into bed worrying about something, morning diarrhea can be experienced.

A terrible hangover is not the only problem that you may encounter in the morning after a night of partying and drinking, but also many other problems such as diarrhea.

Are you trying to lose weight and that’s why you are trying a new diet that you found on the internet? Then it could be the one that’s causing your morning diarrhea – either your body is still adjusting to it or it’s not healthy for you.

Still on trying to slim down, diarrhea is something that you may encounter if you tend to engage in vigorous or strenuous exercise more than you should.

Being in the family way involves drastic hormonal changes within, and this is why it can cause all kinds of issues most especially during the first few weeks or months. One of the most common complaints of women who are pregnant is having diarrhea in the morning.

A number of bacterial and viral infections of the digestive system can cause morning diarrhea as one of the symptoms, and some very common examples are salmonella and viral gastroenteritis (usually referred to as “stomach flu”).

Short for irritable bowel syndrome, IBS is a digestive issue that concerns the large intestines. It consists of many different symptoms such as morning diarrhea. However, it’s important to note that some people with IBS experience constipation instead of diarrhea. There are other IBS sufferers, too, who have alternating diarrhea and constipation.

Ulcerative colitis and crohn’s disease – both of these are characterized by inflammation of the GI tract, and they fall under a set of digestive conditions referred to as irritable bowel disease (IBD). Aside from diarrhea in the morning and at any other time of the day, other common IBD symptoms include abdominal pain, unintended weight loss and fatigue.

Whether it’s experienced in the morning only or at any other time of the day, one thing remains true: diarrhea could potentially lead to dehydration if it’s not managed accordingly.

If truth be told, dehydration is a serious matter – in severe cases, it could cost you your life.

Some of the telltale signs that you are severely dehydrated include:

Having morning diarrhea or any other kind of diarrhea, needless to say, calls for an increase in fluid intake in order to fend off dehydration. In some instances, dealing with dehydration may have to be done by introducing fluids intravenously.

There is no single way to deal with morning diarrhea for good. It’s because of the fact that it can be due to a wide variety of things. It’s also for this reason why morning diarrhea can also be temporary only or chronic.

Definitely, it’s important for you to figure out the cause of your morning diarrhea. Once it is established, taking the steps necessary to put the problem under control should be easier. Is it due to excessive alcohol intake? Then keep your alcohol consumption in moderation. Is it due to a fad diet? Then switch to a healthier one that can help you to shed off excess pounds. Is it due to IBS? Then make sure that you avoid trigger foods.

In some cases, morning diarrhea may require a trip to the hospital so that the right medications for treating the root cause (such as a bacterial infection of the GI tract) may be prescribed. 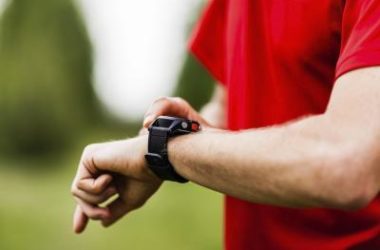 7 Effective Ways to Boost Your Endurance and Stamina

Strength isn’t the only thing you need when it comes to physical fitness. Building your stamina and endurance… 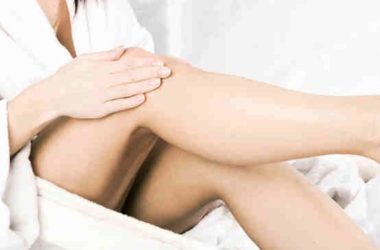 If you are someone who easily bruises, it is recommended that you take 200 mg of vitamin C… 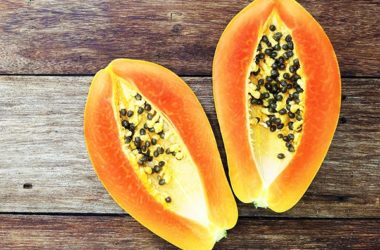