Alcohol cravings must be overcome if you want to give up alcohol. Alcohol consumption in excess is known to damage the liver. For those trying to stop their consumption of alcohol, one of the hardest parts is staying non alcoholic once you have made the decision to quit liquor. Herbal remedies are safe, non toxic ways of reducing your alcohol cravings.

They can help you to remain strong in the face of temptation and resist the urge to indulge in alcoholic drinks. Herbs which can be used as a remedy for combating alcohol cravings include Dandelion, Kudzu, Milk Thistle, St. John’s Wort, Angelica, Kava, Chamomile, Goldenseal and Iboga. These herbal remedies are covered in detail in this article.

Goldenseal is also known as Indian Turmeric and Orange Root. This herb can be a very effective remedy for stopping the desire for alcohol. This is because it destroys bacteria in the intestine which cause the alcohol cravings. This herb has antiviral and antifungal properties as well. More importantly, it has a bitter taste which is very useful in desensitizing the mouth and reducing the urge to drink alcohol.

This herb can be taken in supplement, extract or capsule form. You can take this herbal remedy regularly to ward off alcohol cravings and ensure that you do not suffer any ill effects during the stage of alcohol withdrawal.

Milk Thistle (Silybum Marianum) is a herb which can easily cure liver ailments. It is also used in the treatment of cirrhosis of liver which is caused by excessive intake of alcohol. It is also a very helpful remedy to combat cravings for alcohol. Milk Thistle reduces the need for alcohol and also removes alcohol from the liver. It is useful for treating mild alcohol cravings.

You can take this herb in the form of a supplement or extract. This herbal remedy helps to improve te state of the liver and also cleanses the system by removing alcohol’s lingering effects. It also specifically acts on the pleasure centers of the brain to reduce the craving of alcohol, according to researchers.

Pueraria Lobata is the Latin name of this herb. It is well known as a herbal cure for alcohol cravings. This perennial herb is native to Asian countries like Japan but it is also found in North America. It has been used for treating hangovers in traditional Chinese medicine system. Daidzin is an antioxidant which is found in Kudzu root. Studies show that daidzin is very effective in preventing relapse in alcoholics and this antioxidant reduces the desire for alcohol.

This is because daidzin stops the production of an enzyme called mitochondrial aldehyde dehydrogenase . This enzyme is specifically associated with alcoholic cravings. Therefore Kudzu root is a very effective herbal remedy for alcohol cravings. Soak the root in hot water for about 20 minutes and then skim the liquid off the top. Drink this liquid in order to gain the beneficial impact of this herbal remedy. You can also take this herb in tincture form to ward off alcoholism.

St. John’s Wort or Hypericum Perforatum is specifically useful as a herbal remedy for those who wish to cut down on alcoholic drinks. This herb has commonly been associated with treatment of depression. But, St. John’s Wort is also useful for reducing the urge to consume alcohol. It also prevents nausea and depression that may result from curbing alcohol intake.

This herb’s yellow flowers can be crushed and soaked in hot water for about 15 minutes. Then you can take the liquid from the top of the boiling vessel and drink this to fight the urge for alcohol. This herbal remedy is especially effective in curbing alcohol cravings because when the flowers are crushed, they release a red pigment called Hyperforin which reduces the desire to drink alcohol.

Angelica Atropurpurea or Angelica is an extremely effective herbal remedy for alcoholism and curbing cravings in recovering alcoholics or those who wish to quit liquor. During the phase of alcohol withdrawal, the person experiences a urge to drink again.

To curb this desire, you need to make yourself resist the influence of alcohol. Angelica root should be crushed and consumed in powder form to reduce the cravings. The bitter taste of this root powder removes the desire to drink alcohol.

Chamomile is a natural sedative and relaxant. Chamomile tea is extremely beneficial for those who want to fend off alcohol cravings. Chamomile tea contains natural healing properties which soothe the digestive system and relieve feelings of nausea that may result from alcohol withdrawal.

Chamomile tea is especially useful for reducing alcohol cravings because it eliminates the restlessness for liquor. It calms the mind and lessens the need for drinking alcohol as a way to relieve stress. This is because Chamomile is able to relax the mind and body both. You should use dried leaves of this herb to brew Chamomile tea. Consume this herbal tea regularly to obtain major benefits.

Kava is a relaxant herb which is used to make ceremonial drinks in the South Pacific Islands. This herbal remedy is very useful in limiting alcohol cravings and eliminating them altogether. The reason for this is that kava leaves and root contains antioxidants which refresh and soothe the mind.

You can consume a hot drink containing the crushed root to calm yourself and yet retain your mental clarity. People crave alcohol for stress reduction. This herbal remedy can be used instead as it reduces stress levels and eases tensions. Kava leaves can also be added to salads and dishes and thus consumed for best results.

Dandelion is a herb which is very good for detoxifying the body and lessening the severity of alcohol withdrawal. The roots of this herb have been found to reduce the desire to consume alcohol. An added advantage is that the chemical constituents present in the root stimulate bile production.

Alcohol intake lowers the level of bile in the body. Dandelion root can be crushed and added to your tea to make an effective herbal remedy for battling alcohol cravings. You should take about 5 grams of the root once in a day for best results, according to experts.

Iboga is an African herb which reduces the cravings for substances such as alcohol. It has been used to combat not only alcohol addiction, but also cocaine and heroin abuse. Iboga is also known by its Latin name Tabernanthe Iboga. Iboga is especially effective because it contains an alkaloid called ibogaine which regulates the neurotransmitters in the brain that stimulate alcohol cravings.

Specifically, ibogaine acts on the neurotransmitters dopamine and serotonin, which are responsible for associating cravings with pleasure and elevated mood states. Iboga therefore reduces the cravings for alcohol. You can take this herb in extract form for best results. It is also available in capsule form. 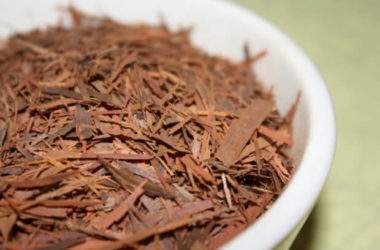 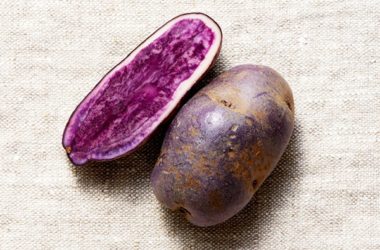 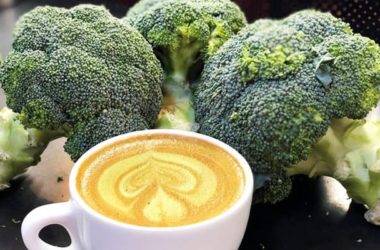 If you love coffee and you hate eating vegetables, there’s something perfect for you: broccoli coffee. This article…