Pandan leaves are popularly used in Southeast Asia as an ingredient in cooking all sorts of desserts. Thanks to their unmistakable aroma, they can make various treats taste and smell wonderful. Did you know that pandan leaves also offer a wide variety of health benefits, from stimulating the appetite to relieving joint and muscle pain?

Aside from making desserts taste better and offering numerous health benefits, another really nice thing about the pandan plant is it’s so easy to cultivate. If you wish to take advantage of the many perks the leaves of the said plant offer, you are not going to have a hard time growing some of it in your own backyard.

The most popular way to use pandan to your benefit is by boiling the leaves. All you have to do is gather a few leaves. Wash them thoroughly and tie them up for a trouble-free removal after boiling them. The more leaves you grab, the more fragrant the resulting tea or juice becomes.

Fill a large pot with 2/3 water. Drop the bunch of pandan leaves in it and bring to a boil. Allow the water to boil for about 10 minutes to really get the oils out of the leaves. Afterwards, lower the heat and allow it to simmer for another 10 minutes. Using a tong, remove the bunch of pandan leaves and allow the resulting tea or juice to cool to room temperature. Once cool, transfer in an airtight container and keep it in the fridge.

Let us take a look at some of the phenomenal uses of the resulting pandan tea or juice, which may be consumed by mouth or applied topically:

Many swear by the effectiveness of pandan in regulating the bowel movement. If you are having a bout of constipation, it’s a good idea to consume the tea or juice of this plant day and night to put the problem to an end.

Traditionally, pandan tea or juice is consumed in order to deal with a variety of digestive problems. Having a serving of it may be done if you are being bugged by abdominal cramps and spasms. It’s also the one to drink if you are suffering from a case of indigestion or very embarrassing flatulence.

Having no appetite is normal if you are suffering from an illness. However, you should eat more nutritious foods to help your body bounce back from it. A cup of pandan tea or juice can help increase your appetite.

Other than stimulating the appetite, pandan can also give you much-needed energy to recover from an illness. It’s also something beneficial for women who just gave birth so that they may regain their energy as soon as possible.

Traditional healers in Southeast Asia often recommend the intake of pandan juice or tea to individuals suffering from fever. It’s something that is known to help reduce high temperature. It also helps relieve chest pain due to cough.

Drinking pandan tea or juice can help in flushing out impurities that have accumulated within the body. It is said to be effective in neutralizing toxins. The consumption of pandan tea or juice is said to help in warding off cancer because it’s known to inhibit the action of carcinogens, which are substances that trigger cancer cell formation.

Rinsing your hair and scalp with pandan tea or juice is a great idea if you are suffering from dandruff. This solution is also said to help put an end to hair loss.

Pandan leaves may be placed over muscles and joint affected by rheumatism. Doing this is said to help deal with both pain and inflammation. For best results, wipe some coconut oil on the leaves before placing them on the affected areas.

Thanks to the nice fragrance of pandan leaves, chewing on them can help get rid of that bad breath instantly. This may also be done to attain natural relief from swollen and bleeding gums. 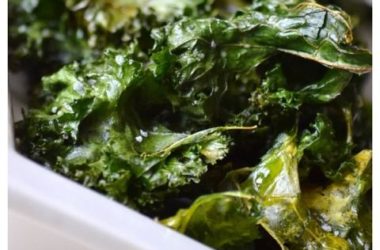 9 Snacks You Can Munch As Much As You Want

Snacks are enjoyed by almost everyone. Everybody has a list of their favorite snacks. Whether for a quick… 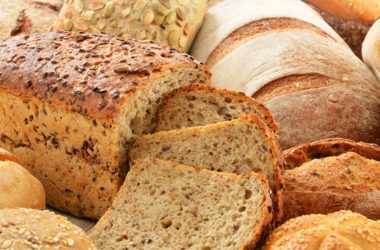 What Happens When You Stop Eating Bread?

Natural toothpaste alternatives are all the rage these days. So, what’s wrong with toothpaste? Well, like most commercial…