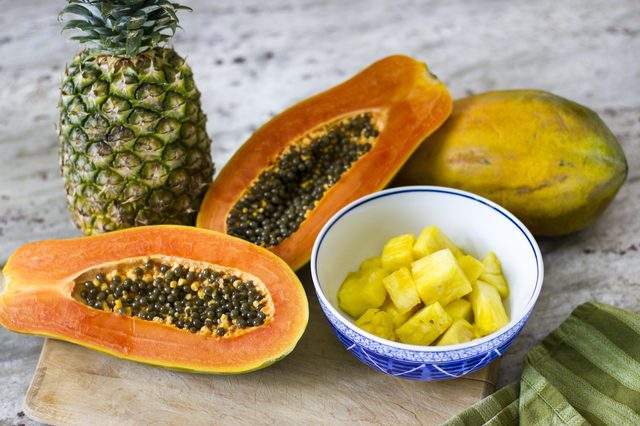 11 Reasons Why You’re Not Losing Weight

Get to Know the Real Causes of Lung Cancer

Papain is a type of enzyme that helps in breaking down those hard-to-digest protein fibers. Aside from being an excellent digestive support, papain is also known to have superb anti-inflammatory, antioxidant and detoxifying properties. By the way, it is also sometimes known as papaya proteinase which makes it very obvious where it comes from — papayas!

Immature papayas are superb sources of papain, but the enzyme can also be obtained from ripe ones although in reduced amounts. Papain can also be extracted from the papaya plants themselves, in particular the roots, leaves and latex sap. Experts compare papain to bromelain, another digestive enzyme that is found abundantly in pineapples. However, there are particular health benefits offered by papain that makes it entirely unique from bromelain.

These days, you can find all sorts of health supplements and topical preparations that contain papain. It’s not unlikely for you to come across products that count on both papain and bromelain as the two enzymes work very well together! So without further ado, here are some of the most incredible benefits that papain is known to offer:

Just like what’s mentioned earlier, papain helps digest those tough protein fibers much better. It’s exactly for this reason why papain helps the body really take advantage of the numerous perks that protein brings, such as the building and maintenance of muscles as well as the attainment of healthy skin, nails and hair.

Numerous topical preparations for skin irritation, burns, wounds and ulcerations contain papain because of the enzyme’s ability to speed up the healing process of injured skin. For centuries now, papain-containing products are being used by hospitals for dealing with bedsores. Traditional healers use papaya skin poultices in treating various skin issues.
It Possesses Skin Anti-Aging Perks

Don’t be shocked if you come across papain in the list of ingredients of some skin anti-aging products. It’s because papain has antioxidant properties, keeping the skin cells from unnecessary free radical damage. Papain is also revered by beauty-conscious people for its ability to lighten the complexion and remove excess dead skin cells.

See also  4 Surprisingly Weird Things That Can Increase Your Appetite

It’s scientifically-proven that papain is very good at easing inflammation. This is exactly the reason why the enzyme is beneficial for those who are bugged by painful, swollen and stiff joints. Papain is also said to be very helpful for males who are suffering from prostatitis, which is the inflammation of the prostate gland.

See also  4 Surprisingly Weird Things That Can Increase Your Appetite

Because of the anti-inflammatory properties of papain, it is very good at easing the symptoms of psoriasis. A chronic skin disease, psoriasis is characterized by the rapid growth of cells on the skin’s topmost layer. Skin redness, scaling and severe itchiness are some of the unfavorable signs and symptoms of psoriasis.

Aside from being downright gross, having worms in the gut is a no-no because it can cause malnutrition and many other health issues. One of the most effective traditional remedies for parasitic worms is the intake of papaya seeds. That’s because they are rich in papain, which has superb anthelmintic (parasitic worm killing) properties.

These are some of the amazing health benefits offered by papain, which is undeniably a super enzyme! But did you know that papain is also commonly used as a meat tenderizer for so many years now? Again, this is due to the fact that the enzyme is very good at breaking down protein fibers, making them easier to digest. Some other uses of papain include making milk coagulate, and turning pet food into less viscous and more palatable products.

Comments
Previous articleInner Thigh Darkening: Causes and Home Remedies
Next articleDry Socket: Everything You Need to Know About It