Particulars You Need to Know About Portal Vein Thrombosis 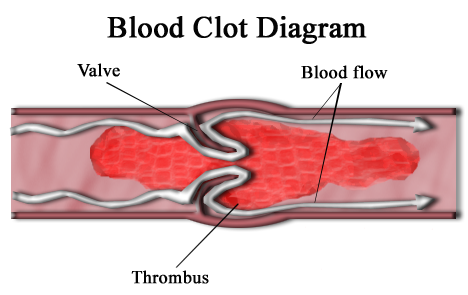 The portal vein is the blood vessel that takes blood from the intestines to the liver. There are instances when this ends up blocked or narrowed, impeding the flow of blood to the liver — resulting in the so-called portal vein thrombosis. This leads to an increase in the pressure of the portal vain, causing all sorts of problem along the way.

Most people with portal vein thrombosis do not experience any symptom. In some instances, the symptoms show up gradually. Treatment for this condition depends whether it is acute, such as something that is caused by a blood clot or thrombus, or the kind that develops gradually such as when the individual has cirrhosis of the liver.

Newborns may suffer from portal vein thrombosis when the umbilical cord stump becomes infected. In children, appendicitis may cause the condition to strike as the infection may reach the portal vein and trigger the formation of blood clots.

There are many probable causes of portal vein thrombosis in adults. Some of them include polycythemia (the formation of too many red blood cells), injury, surgery, certain types of cancer, and cirrhosis of the liver. Even pregnancy is considered as a risk factor. Basically, any condition that may cause blood clots to develop may bring about portal vein thrombosis.

For instance, it may take a while for portal hypertension to happen, which is the increase in the pressure in the portal vein. Due to such increase in pressure, the spleen, which is situated to the left of the stomach and works to filter the blood, may end up enlarged (splenomegaly). It may also result in the formation of varicose veins in the esophagus (esophageal varices) as well as in the stomach (gastric varices).

Those varicose veins that have formed may actually rupture and bleed, causing the person to vomit blood. Blood may also pass through the digestive tract, causing the stool to appear black, tarry and smell really foul (melena).

In rare instances, fluid may accumulate in the abdominal area, which is referred to as ascites in the medical world. This happens when a person with increased pressure in the portal vein also develops liver congestion or cirrhosis of the liver. It may also be brought about by the administration of large amounts of fluid intravenously to counter the effects of bleeding due to ruptured varicose veins in the esophagus or stomach.

When the problem is brought about by blood clot in the portal vein, a doctor may administer a drug that works by dissolving clots. However, many experts are unsure of the efficacy of this approach for the acute kind of portal vein thrombosis.

During instances wherein the condition develops gradually, the person who has it may be prescribed an anticoagulant that keeps blood clots from forming. While effective, the problem with an anticoagulant is it cannot do anything about an already existing blood clot. In other words, it’s not capable of dissolving clots.

A doctor will also have to treat any other problem or complication that had surfaced due to portal vein thrombosis. For instance, ruptured varicose veins in the esophagus may be tied off using bands. Drugs that reduce blood pressure may be prescribed in order to help decrease the pressure in the portal vein.

10 Foods that Make You Look Exhausted