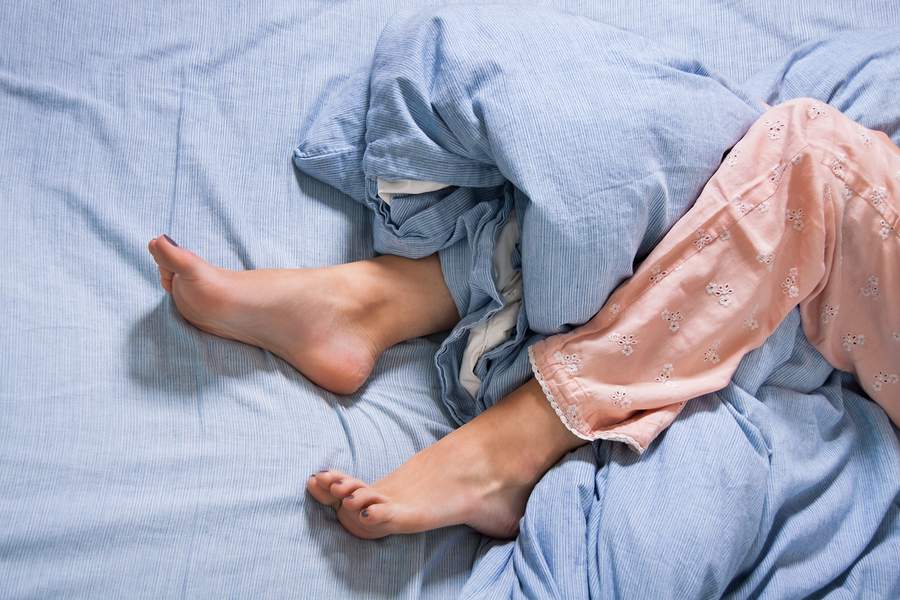 Why You Should Brush with Sea Salt and Baking Soda

Did someone tell you that your legs keep moving while you are sleeping? You may have what’s called periodic limb movement disorder or PLMD. The word “periodic” denotes the fact that the involuntary movements of the legs happen at certain intervals — about every 20 to 40 seconds. You are not aware that your legs are repetitively moving throughout the night, and also you may not recall in the morning that it is waking you up several times.

There is another related disorder known as restless leg syndrome or RLS for short, and many people often think that the two are the same. Well, they are entirely different from one another. RLS causes the person to feel weird sensations in the legs, which can be relieved by voluntarily moving the legs — such can keep the individual from getting to sleep. On the other hand, PLMD takes place when the person is already asleep.

Experts say that a lot of people suffering from RLS also have PLMD, but the opposite is not true. If there is one similarity between PLMD and RLS, it’s the fact that they both cause daytime sleepiness plus a host of other problems associated with not having a good night’s sleep. By the way, PLMD was once called “nocturnal myoclonus” which means nighttime contraction of muscles similar to seizures. Since further scientific investigations revealed that PLMD is not really myoclonus in nature, the name “nocturnal myoclonus” was eventually scraped.

By the way, kids and adults alike may suffer from PLMD. It is said that the odds of having the condition increases with age, and that is why PLMD is more commonly observed in the elderly.

In some cases of PLMD, the root cause cannot be determined — the condition is referred to as primary PLMD. Experts believe that it could be due to abnormalities in the nerves sending messages from the brain to the limbs. However, no one can really tell what could be causing those abnormalities.

READ  How often should I exfoliate my body?

According to experts, individuals who are shift workers and coffee drinkers may be at risk of suffering from primary PLMD. The same is true for those who snore in their sleep and have chronic stress.

Then there is also what’s known as secondary PLMD. Just like what the name suggests, it’s the kind of periodic limb movement disorder that is due to underlying medical conditions. Some of these conditions include anemia, sleep apnea, diabetes mellitus, narcolepsy, and spinal cord injury or tumor. Secondary PLMD may also be blamed on the intake of certain prescription drugs, as well as withdrawal from sedatives.

Like what’s said earlier, there are periodic movements of the legs involved but you may be not aware of it unless someone else tells you about it. Involuntary jerking of the lower limbs — ranging from mild movements to kicking — tends to occur every 20 to 40 seconds, and each movement lasts for about 2 seconds only.

Certainly, PLMD is something that can cause sleep disruptions. However, just like with the movements of your own legs, you may not be aware that the problem is causing you to wake up several times throughout the night. Because of this, you may experience daytime sleepiness. Even after having 6 to 8 hours of sleep, you may not feel refreshed the following day, thus negatively affecting your work performance and even putting you at risk of getting injured.

In treating PLMD, a doctor will first determine if there is a medical condition causing it. Having the underlying cause treated will deal with PLMD. Drugs that are given to people with RLS may sometimes be given to people who are suffering from PLMD. Some of these medications include sleeping pills, narcotics and certain anti-seizure drugs.

Keeping a sleep diary for about a couple of weeks can help a doctor determine whether what you are having is indeed PLMD or another sleep disorder that is similar to it. The only exam that can confirm if you have PLMD is a sleep lab testing, or what’s known as polysomnography in the medical community.

What It Could Mean If Your Urine Has Epithelial Cells