Polio: What You Need to Know About This Highly Contagious Disease Affecting Mainly Children 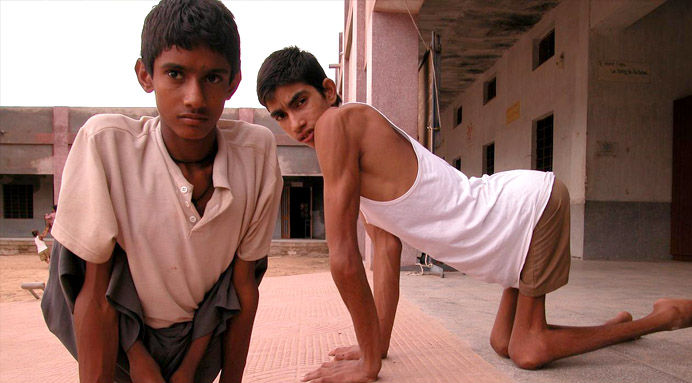 2 Exercises That Will Help You Lose Belly Fat Fast

Because of the polio vaccine, polio cases all over the planet have been considerably reduced since 1988, according to the World Health Organization or WHO. However, this does not mean that polio or poliomyelitis should no longer be a concern to you. That’s because you may still get this highly contagious disease especially when you travel to areas where polio is still very common. Pakistan, Afghanistan and Nigeria, for instance, are still polio-endemic which means the disease can be regularly found in people living in the said countries.

Although anyone can get polio, medical experts say that children below 5 years of age are more vulnerable to this highly contagious disease. Caused by a virus, there is no known cure for polio, although there are treatments available for managing the symptoms while the contagious disease is ongoing. The best way to prevent polio from striking is by getting vaccinated. A series of shots may be given to children to shield them from polio. Likewise, adults should also get shots before traveling to places where polio still exists.

Polio is caused by a virus called poliovirus. Commonly, the said virus spreads from person to person through fecal matter. This is the reason why polio is endemic in areas where people have limited access to clean running water and flush toilets. It is possible for someone to end up with the disease after consuming water or food contaminated with fecal matter containing the poliovirus.

Experts say that even something as simple as having direct contact with someone with polio can end up infected too. Since the poliovirus is highly contagious, it is very likely for someone who is living with polio to get the disease.

People with weakened immune systems (such as HIV positive individuals), children below 5 years of age and pregnant women are said to be at high risk of contracting polio. You are also at risk of getting the disease when you travel to polio-endemic areas or places where recent polio outbreaks have been reported.

Other risk factors include having your tonsils removed, handling specimen infected with poliovirus, and experiencing severe emotional or physical stress as it can weaken your immune system.

There are 3 types of polio, depending on whether the central nervous system which consists of the brain and spinal cord is infected or not. The symptoms as well as their severity also vary from type to type.

Non-paralytic polio tends to produce symptoms that are longer lasting and more severe than those of sub-clinical polio. Some of these symptoms which tend to last anywhere from a couple of days to an entire week include fever, upper respiratory tract infection, headache, vomiting, fatigue, muscle spasms, and neck, back, arm and leg pain and stiffness. Just like what the name says, non-paralytic polio does not cause paralysis.

Paralytic polio is the most serious form of polio because it can cause partial or full paralysis. However, medical experts say that the development of full paralysis is very rare. Someone with paralytic polio will initially experience symptoms similar to non-paralytic polio. Eventually, the person may lose his or her reflexes, and have temporary or permanent paralysis.

As mentioned earlier, there is no treatment available for polio. It can be avoided by having children get the polio vaccine, or having adults get shots before traveling to places where the disease is endemic or polio cases have been recently reported.

While the infection is ongoing, a doctor may provide treatment in order to manage the symptoms associated with polio. Painkillers may be administered to deal with headaches and muscle pain. Ventilators may be recommended to make breathing easier. Physical therapy and braces may be warranted to help the patient with walking.

Comments
Previous articleOverhydration: Why Drinking Too Much Water is Bad
Next articleReasons Why Alfalfa is the Father of All Foods