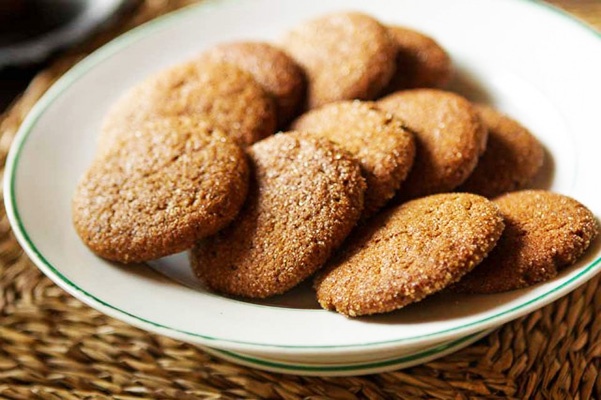 Sugar and spice — the combination of these two is so irresistible to many. If you’re one of those people, then you will definitely love snacking on some ginger snaps. Although they are perfect during the holidays, munching on these treats is just the right thing to do no matter the time of the year.

Unfortunately, ginger snaps can easily make anyone who is watching his or her weight feel guilty after having a couple of them or more. Certainly, they are also not good for people who have diabetes because of the sugar content.

Just because you are trying to keep unwanted pounds at bay or you want to keep your blood sugar levels within the healthy and normal range doesn’t necessarily mean that you have to take ginger snaps away from your life. Actually, there is a smart workaround: baking ginger snaps that are absolutely free of sugar!

To pull this off, all you need to do is have refined sugar replaced with sugar substitute.

Sugar substitute — you might be worried right now that it’s simply replacing an ingredient with another ingredient that is deemed by scientists to be just as bad due to the side effects and risks involved. However, it all depends on which sugar substitute is used in coming up with the perfect sugar-free ginger snaps.

For the sugar-free ginger snap recipe below, a combination of erythritol and xylitol, both of which are plant-based, will be used. These days, you can come across a handful of sugar substitute brands that blend erythritol and xylitol together in order to create sweetener that’s perfect for weight-watchers and diabetics alike.

With the help of erythritol and xylitol, every piece of ginger snap that you will later on enjoy need not leave you feeling really guilty. Taste-wise, you won’t be able to tell the difference. Figure-wise, well, you will be able to keep your waistline from expanding. Plus, every serving of sugar-free ginger snap won’t mess up your blood sugar.

Read on and check out the really simple sugar-free ginger snap recipe!

1 teaspoon of cinnamon powder + 3 teaspoons of it

-Before doing anything, get your oven preheated to 350°F, which is equivalent to 175°C.

-Afterwards, sift into another mixing bowl.

-In the meantime, put vegetable shortening into another bowl. Beat with a hand mixer until really creamy.

-Slowly but surely, beat in 1 cup of sugar substitute, followed by the medium-sized egg and dark molasses.

-Remember the flour mixture from earlier? Add about 1/3 of it to the mixture with vegetable shortening, egg and molasses. Stir thoroughly. Afterwards, mix in the remaining flour mixture. Continue mixing until you end up with soft dough.

-Reach for a small tray and lightly dust it with the combination of 1/3 cup of sugar substitute and 3 teaspoons of cinnamon powder.

-Now flatten the balls and place all of them on a baking sheet (ungreased) about a couple of inches away from one another.

-Bake for about 10 minutes or until the tops appear rounded and a little cracked.

-Once done, allow your sugar-free ginger snaps to cool on a wire rack before serving.

READ  6 Types of Tea You Should Drink for Your Health
Sourcedavidlebovitz.com
Previous articleHealth Benefits of Blue Potatoes
Next articleAstounding Benefits of Fir Needle Essential Oil