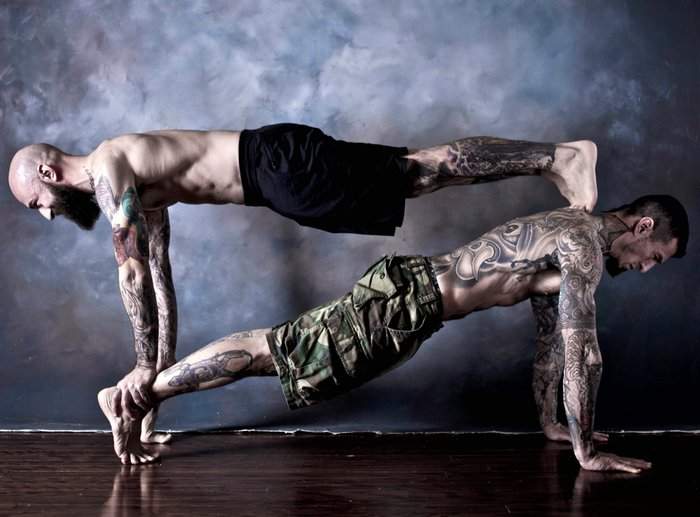 8 Skin Care Tips to Look Fabulous in Your 30’s

Push-ups primarily develop the chest, but it also engages the arms and the abdominal muscles. The following are some push-up variants a person can perform.

Push-ups have universal technique. According to Body Building, the standard push-up is done by lying on the floor face down and placing the hands about 36 inches apart while holding the torso up at arms’ length. Next, the person lowers himself downward until his chest almost touches the floor as he inhales. After that, he exhales and presses his upper body back to the starting position, squeezing the chest. Then, following a short top at the top of the contracted position, the person lowers himself downward. The exercise is done for the planned number of sets and repetitions.

Another push-up variant is the diamond push-up. According to Muscle and Fitness, the exercise is an advanced form of the standard push-up and it engages the triceps and the shoulders. To perform the exercise, he person makes the standard position with his hands directly beneath your chest, so that the thumbs and the index fingers are touching each other to form a diamond or triangle shape. Next, the person lowers his body to the ground with the core muscles tight. The elbows are tucked in close to the sides for them to form a 45-degree angle with the torso. Then, the person pauses and pushes himself back to the starting position, without altering his hand placement. As per the publication, a good practice is not to place the hands too far in front of the body and the chest should touch the tringle at the bottom of the push-up. Also, the hips should not be moved out of alignment and the core is kept tight and back flat throughout the motion.

The T push-up is another variant a person can add to his training session. To perform, as per Men’s Fitness, the person takes his hand of the ground and raises it straight up in the air, forming the letter T out of the body. Then, he keeps his eyes locked on the hand that he raised. He does the exercise for the other side. As per the publication, dumbbells can also be added to the exercise to increase its intensity. In a statement, PUSH Private Fitness strength coach Anthony J. Yeung told the publication that T push-ups hammered a person’s entire body. He added that the person was not only targeting his chest, but he was also strengthening his shoulders, opening his thoracic spine or mid-back, and building rotational power through the core.

See also  Everything You Need to Know About Burning Mouth Syndrome

The band resisted pushups are done if the person cannot do bodyweight push-ups yet. According to Breaking Muscle, the person grabs one end of the band in each hand and loops it over his upper back. Next, he does regular push-ups. As per the publication, this push-up variant increases the load at the top as the band tightens; thus, it also increases tricep engagement. In addition, the tension on the band forces the person to control the negative as he lowers his body in every repetition. The exercise is done for the planned number of repetitions and sets.

Overall, a person can do push-ups using his own body weight and the aforementioned variants can be performed to develop the upper body. In line with this, it is also important to remember that proper nutrition and adequate rest are also essential factors for the total development of the body.

Slushie Recipes that Kids will Love