Pyoderma Gangrenosum: What You Need to Know About This Rare Skin Problem

It starts as a small blister or bump on the skin that becomes an open sore which rapidly enlarges and deepens — it’s a rare skin condition known in the medical field as pyoderma gangrenosum. The resulting ulcer with purple edges is quite painful and may ooze fluid, but nonetheless highly treatable. However, it may take a long time for the ulcer to completely heal, depending on its severity.

Despite of what it’s called, pyoderma gangrenosum is not really a form of infection (although it is very much possible for the ulcer to get infected) and does not usually lead to gangrene, which is the localized death of tissue due to loss of blood supply to the affected area. By the way, it’s not uncommon for pyoderma gangrenosum to recur.

No one really knows the exact reason why the rare skin condition occurs. However, medical professionals consider it as an inflammatory disorder, which means it is the person’s own immune system that’s behind it.

Pyoderma gangrenosum usually develops on the legs, but it is possible for it to appear elsewhere on the body such as the arms, neck, head and genitals. There are instances wherein the problem occurs on an injured part of the skin. Sometimes the problem may begin where surgical incision is made.

Anyone can suffer from pyoderma gangrenosum, although experts say that it is slightly more common in women than in men. Also, the condition is usually observed in individuals between the ages of 40 and 50.

It is said that people with certain medical conditions are at higher risk of suffering from pyoderma gangrenosum than those who don’t have them. Some of these health problems include rheumatoid arthritis, hepatitis, inflammatory bowel disease (including Crohn’s disease and ulcerative colitis), blood malignancies (such as leukemia), and PAPA syndrome (which stands for pyogenic arthritis, pyoderma gangrenosum and acne).

Just like what’s mentioned earlier, pyoderma gangrenosum may appear as a small blister or bump initially. It may then break down and become an open sore, and in just a matter of days become larger and deeper. The ulcer’s edge is noticeably purple. Also, the ulcer can leave the person in a great deal of pain.

Medical professionals say that pyoderma gangrenosum is not an infection. However, it’s not impossible for the ulcer to become infected. When such happens, the patient may also have fever and general malaise.

While pyoderma gangrenosum usually occurs on the legs, it may also appear on just about any area of the body. It’s possible for several ulcers to develop in a given area, and these ulcers may merge into one big ulcer. Because these ulcers are deep, scarring can be expected once they heal. However, according to the experts, there’s an uncommon superficial variant of the skin condition that may cause no scarring.

Aside from scarring and infection, another complication of pyoderma gangrenosum is loss or reduction of mobility in the affected area. Certainly, the rare skin issue is also something that may leave the patient with depression.

Pyoderma gangrenosum, fortunately, is a highly treatable condition. The aim is to control pain, reduce inflammation, prevent the further enlargement of the ulcers and promote wound healing. In severe cases, the individual may have to stay at the hospital to receive specialized wound care.

Corticosteroid that may be applied topically or injected in the affected area is one of the most common treatment options for pyoderma gangrenosum. It may also sometimes be given by mouth. However, long-term corticosteroid treatment is associated with some serious side effects, such as bone loss. Doctors may also prescribe pain medications as well as drugs that suppress the immune system.

Surgical removal of the affected skin tissue is not recommended because it is a form of trauma, which may only exacerbate the problem or cause new ulcers to form. However, skin grafting (the attachment of the patient’s skin or synthetic skin on the wound site) may be performed if the ulcers are quite large and could use some help with healing. 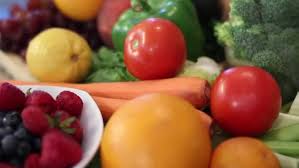 Foods that Help Heal the Pancreas

The pancreas is one of the major role players when digestion is the subject matter. Measuring about 6… 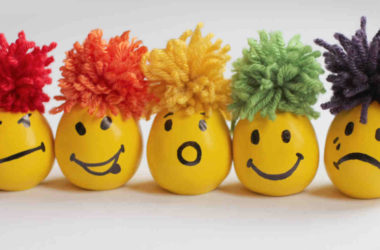 Stress is a natural part of life. It is the body’s physiological and psychological response to the constant… 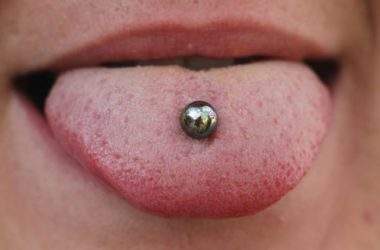