One of the three heads of the deltoid, the posterior or rear deltoid is one of the lagging muscle groups, aside from the legs. This muscular imbalance may lead to improper posture and physical injuries when performing certain tasks. The following are some exercise a person can perform to exercise the rear deltoid.

The face pull is one of the remedies for lagging rear deltoids. According to Flex Online, the exercise serves as a great multijoint exercise that can be done to engage the rear delts, in addition to the middle traps, which is often neglected. To perform the exercise, the person assembles a rope attachment to the cable pulley of the lat pulldown station. Next, he grabs the ends of the rope attachment using a neutral grip, meaning, with palms facing each other. Then, he places his one foot on the kneepad post and then leans back at about 45 degrees. After that, he pulls the ropes toward his face in a spreading manner, so they end on the sides of the neck just above the shoulders. A good practice is to have the upper arms out to the sides with the elbows bent and the shoulder blades should be squeezed together while cotntracting the rear delts and the middle traps as hard as possible. Following a brief pause, the person gradually returns to the starting position.

While there is the word lateral, the bent over dumbbell later raise is another exercise the perfectly addresses the lagging rear delts issue. As per Ex Rx, the person grasps dumbbells to each side, with his knees bent and back fat. The elbows are also mildly bent and the palms face each other. Next, the person raises his upper arms to the sides until his elbows are at shoulder height. Also, he ensures that his upper arms are perpendicular to  the torso and his elbows are fixed throughout the exercise; they have to be above wrists by raising the little finger side up. After that, he gradually lowers the dumbbells following a brief pause at the top of the contracted position.

The rear deltoid dumbbell kickback is another exercise one can perform if he has lagging deltoids. Also known as rear delt flyes, as per Body Building, the person lies down on an incline bench set at a 30-degree angle with his stomach and chest pressing against the incline. Then, he grabs a dumbbell in each hand, with his palms facing down to the floor. The arms should be in front of him, so that they are perpendicular to the bench’s angle. For the starting position, the person has to slightly bend his elbow and maintain his legs stationary, with the heels not touching the floor. With the elbows mildly bent, the person breathes out as he moves the dumbbells out and away from each other in an arc motion. The wrist should rotate externally by 90 degrees and this turns the pronated grip (palms down) to a neutral grip (palms facing each other). The shoulder blades are squeezed together as the arms elevate to head level for best results. Next, the person pauses briefly at the top of the contraction and then breathes in as he slowly lowers down the weights to the starting position. The exercise is done for the planned number of repetitions.

Overall, the rear deltoid is one of the three deltoid heads that is often lagging in terms of development. Along with the aforementioned exercises, total rear deltoid development can be achieved through proper nutrition and adequate rest.

7 Essential Oils To Keep In Your Home

For centuries, essential oils have been used so that it will enhance physical, emotional, mental and spiritual wellness.… 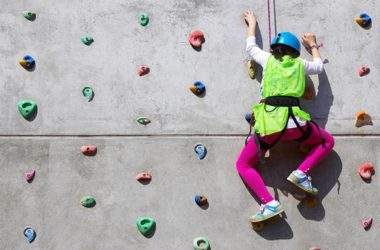 One of the most popular extreme sports on the planet is rock climbing. That’s because it can be… 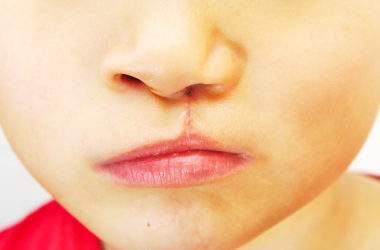