Cabbage, also known as headed cabbage, is a biennial plant and descendant of the wild cabbage. With the scientific name Brassica oleracea, cabbage was believed to come from Europe and nearly half of the crops were grown in China. It can be sauteed, steamed, braised, stewed, pickled, and fermented; as a food, cabbage has a lot of health benefits.

Cabbage is rich in various nutrients, which promote the body’s health. According to World’s Healthiest Foods, cabbage contains vitamin B1, B2, B3, B6, C, and K. Also, it has minerals like manganese, potassium, copper, choline, phosphorus, selenium, magnesium, iron, calcium, and panthotenic acid. Moreover, as a vegetable, cabbage also contains fiber, which promotes effective digestion, metabolism, and elimination of toxic substances like free radicals. Cabbage also has protein, a macronutrient that is responsible for cellular and tissue growth, development, and repair.

Cabbage has the power to prevent cancer. According to Medical News Today, cabbage has the compound sulforaphane, which plays a role in cancer prevention. As per the publication, studies 30 years ago have proven that eating cruciferous vegetables like cabbage has been linked with a reduced cancer risk. In addition, scientists learned that despite giving the bitter taste, it provides cabbage its ability to prevent the aforementioned disease.

At present, additional studies on sulforaphane are being conducted to determine the extent of its power to prevent or delay cancer and its onset. It was found that the compound demonstrated favorable results when it comes to various cancer types, such as esophageal, pancreatic, prostate, and esophageal. It is further revealed that sulforaphane in cabbage can inhibit the action of the enzyme histone deacetylase or HDAC, which is associated with the development of cancer cells. Hence, it is assumed that foods that contain sulforaphane, such as cabbage, can be utilized in cancer management in the future.

Cabbage promotes brain function. According to Organic Facts, the vegetable has anthocyanins and vitamin K, which help improve mental function and focus. As per the publication, anthocyanins are viewed as strong sources of antioxidants and it is revealed that it is more potent than vitamin C. It is known that antioxidants combats the adverse effects of toxins and free radicals to cells and tissues. On the other hand, vitamin K contributes to overall function of the nervous system through production of the myelin sheath called sphingolipids. They insulate nerves, allowing proper and faster impulse transmission to the brain. Thus, they help prevent degenerative diseases, which include Alzheimer’s disease and dementia. It is assumed that such properties can also be utilized in the succeeding years.

Cabbage can be added in various meal recipes, such as in Sauteed Cabbage Recipe. As per Food Network, the ingredients include a small head white cabbage (about two and a half pounds), two tablespoons of unsalted butter, salt, and pepper.

To prepare, the cabbage is cut in half and then sliced thinly as possible around the core, just like in making coleslaw. Once done, the core is discarded. After that, the butter is melted in a saute pan or a pot over medium-high heat. Then, the cabbage, salt, and pepper are added and sauteed for ten to 15 minutes. They are stirred occasionally until the cabbage becomes tender and starts to brown. Finally, the food is seasoned with salt and pepper to taste.

Overall, cabbage is one of the commonly used vegetable in the kitchen due to its various health benefits. Its inclusion in many dishes is practical, since it is generally inexpensive and able to boost the health of a person and the entire family

How to Boost Glutathione Levels Naturally 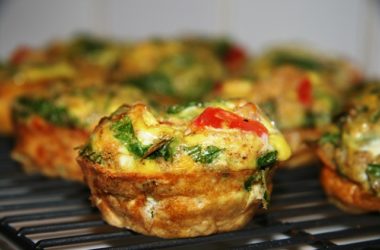 Healthy Breakfast Recipes You Can Pre-Make

Most of us don’t have enough time in the morning to create a full and healthy breakfast, but…

Home Remedy For A Sore Throat

A sore throat commonly surfaces before having a bout with the common cold or flu. It’s also something…