Remedies for Water in the Ear

Water sometimes gets stuck in the ears. Usually, this happens after swimming or taking a shower. The water often drains out on its own; however, there are times when it does not and if it remained in the ear for a long period of time, it could lead to infection, also called the swimmer’s ear.

According to the American Academy of Otolaryngology Head and Neck Surgery, swimmer’s ear is a painful condition that results from irritation, inflammation, or infection secondary to the trapped water in the ear. As per the publication, the condition usually affects children and adolescents, although it can also affect people with excess earwax or eczema, a condition characterized by itchy skin. The signs and symptoms of this complication include a sensation that the ear is full or blocked, fever, drainage, decreased hearing, intense pain that may spread to the face or neck, and swollen lymph nodes around the ear or in the upper neck.

While pharmaceuticals may also be advised to get water out of the ear, home remedies are also available to manage the condition.

Gravity is one of the best ways to remove water from the ear, as per Top 10 Home Remedies. According to the publication, the person tilts his head sideways and holds his affected ear parallel to the ground. Next, the palm of the hand is placed flat against the ear and then is pressed hard for a few seconds. Then, the hand is quickly removed to form a temporary vacuum, which will dislodge the fluid.

Another remedy for water in the ear is the Valsalva maneuver. According to Top 10 Home Remedies, the maneuver helps pop the ear and open the Eustachian tubes or ear canals, pushing the water out of the ears. As per the publication, the person closes his mouth and pinches his nostrils closed with his fingers. Next, he takes a deep breath and gently blows air out of his nose while keeping his nostrils closed. Correct execution is indicated by a mild popping sound, which means that the Eustachian tubes have reopened.

Hot compress application is one of the remedies for water in the ear. According to Health Line, the person uses hot but not scalding water and wets a washcloth. Next, the washcloth is wringed out before it is used, so that it will not drip. Then, the person tilts his head downward on the affected side and applies the cloth to the external ear. The cloth is left on the ear for about 30 seconds. Then, it is removed for a minute. The procedure is done for four to five times. Also, a good practice is to lie down on the affected side to facilitate water drainage.

The blend of of alcohol and vinegar also helps get water out of the ear. According to Live Strong, the person just has to combine equal amounts of white vinegar and rubbing alcohol. Next, he uses an ear dropper to obtain fluid and drops them into the affected ear. Then, he gently rubs the ear canal opening and waits for 30 seconds. Once done, he tilts his head sideways to let the solution drain out; the process may take half an hour to work. As per the publication, the acid in the vinegar destroys the earwax buildup, which may be holding the water in the ear canal. On the other hand, the alcohol facilitates water evaporation as it dries.

Tips on How to Get Rid of Pests Naturally 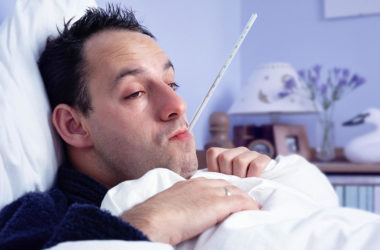 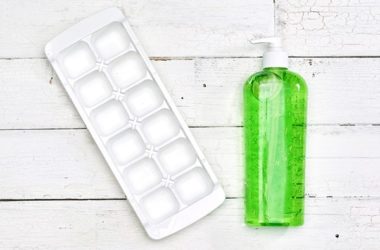 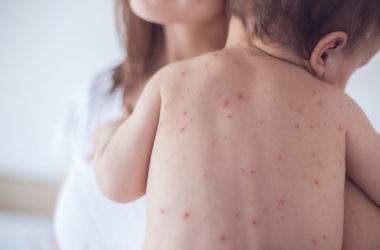 First things first: subacute sclerosing panencephalitis or SSPE is a deadly disease. According to experts, a person who…