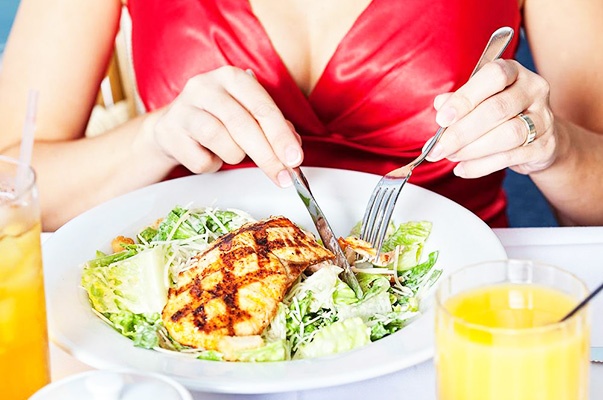 What Should You Do After Stubbing a Toe? Here are the Steps

Reasons for You to Have a Cup of Oat Straw Tea

People are now becoming more aware of what calories can do to their bodies, and because of it, they are now trying to cut back on their calorie consumption as much as possible. It’s easy enough to control your consumption when you are at home, but once you are going out for lunch or dinner, you will need to do some serious thinking before you order a meal.

Most of us tend to choose to eat in a restaurant over fast-food chains because of the belief that they are healthier compared to the latter. Surprisingly, the opposite is true. According to health experts, our meals should not go beyond 600 calories, but based on the analyses conducted by the researchers at the University of Liverpool, what they learned is that restaurants are serving foods that contain higher amounts of calories than previously believed.

This is based on the 13,500 meals that were served in 21 restaurants as well as 6 fast-food chains. Using the online information that was provided by each company, the researchers discovered that 1 out of 10 meals have less than 600kcal. Almost half of the meals served contain 1,000kcal and above.

According to Dr. Eric Robinson, the lead researcher from University of Liverpool’s department of psychological science, the results of their research were surprising, but many have underestimated the amount of calories that people consume in restaurants. Plate clearing is a common habit exhibited by customers, and Dr. Robinson further stated that their research did not even consider desserts, starters, drinks, or side orders even.

Based on the study that was published in the British Medical Journal, meals that were served in sit-down restaurants have 33% more calories compared to those that are served in fast-food chains. Here are the biggest offenders in terms of calorie content that you can find in numerous restaurants.

American’s do love their potatoes and their steak and will happily eat the fattiest choice available, along with a helping of baked potatoes. Considering this as a heavy meal is quite the understatement especially when it has a whopping 2,136 calories. If you still need your steak fix, you can do so by choosing a leaner cut of meat and going for a healthier side dish.

We’re all guilty of ordering fries with our meals regardless of whether we are in a restaurant or a fast-food chain. That being said, a serving of fries already contains 497 calories just like in McDonalds. If your chicken sandwich is made with fried chicken rather than the grilled version, then you know that you are loading almost 2,000 calories into your body in just a single meal. Fortunately, you can still enjoy your chicken sandwich provided that you go for the grilled version as there is less oil in them.

Another meal that was considered as one of the worst foods to order in a restaurant is General Tso’s chicken and fortune cookie. Although this style of chicken is scrumptious, plus it comes with a fortune cookie, the calories you will be consuming is shocking. You might want to look for something else if you want to keep your weight down when eating out.

It is surprising to learn that meals served in sit-down restaurants are loaded with more calories compared to what we are ordering in fast-food chains. However, this doesn’t mean that you should stick with the latter since they have less calories, but rather make a smarter choice when eating out.

Comments
Sourcecookinglight.com
Previous articleWhat You Should Know About Throat Ulcers
Next articleHome Remedies Around the World You Need to Know

Antiviral Herbs You Should Know About