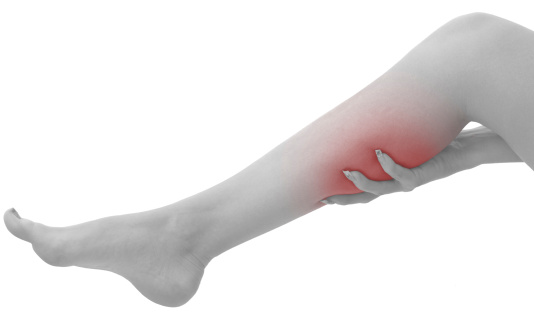 6 Important Tips to Keep in Mind When Losing Weight

Do you have this uncontrollable need to constantly move your legs? You may be suffering from what’s known as restless leg syndrome or RLS. Fret not because it is not a condition that can cost you your life. However, since it can keep you from having a good night’s sleep, you may end up with the unfavorable effects of being sleepless. It’s for the fact that restless leg syndrome can leave you wide awake at night why it is also regarded as a sleep disorder.

What does it feel like to have restless leg syndrome?

As mentioned earlier, someone with RLS have the overwhelming urge to move his or her legs. Such compulsion is due to a few sensations felt in the legs which, according to actual sufferers of RLS, can be hard to describe. Some of those sensations are: aching, itching, burning, cramping and crawling. By moving the legs, those sensations can be relieved.

What are the signs and symptoms of this condition?

Just like what’s stated above, there are weird sensations in the legs that can give you the urge to move your legs continually. It’s not unlikely for those sensations to worsen at bedtime, making it harder for you to sleep. This is the reason why it is also being regarded as a sleep disorder, and it can leave you susceptible to the complications of sleeplessness.

How many people are suffering from RLS?

According to the National Institute of Neurological Disorders and Stroke or NINDS, as much as 10 percent of the US population is suffering from restless leg syndrome. The agency adds that about 2 to 3 percent of adults, which amounts to about 5 million, have it. RLS may also strike children. In fact, about 1 million school-age kids are said to be suffering from it.

Most of the time, experts cannot tell the exact cause of restless leg syndrome. However, doctors suspect that it tends to run in families. In other words, you are at risk of developing RLS if a family member of yours has it. In fact, experts say that almost 50 percent of people with restless leg syndrome have relatives afflicted with it.

What are the other risk factors of RLS?

Some chronic diseases may be blamed for the development of restless leg syndrome. They include diabetes, peripheral neuropathy, kidney failure and even deficiency in iron. Some pregnant women also experience RLS during the last trimester, but it tends to go away after delivery. Certain medications like antihistamines and antidepressants may cause it as well.

Are there things that can cause restless leg syndrome to worsen?

The diseases mentioned above may not only cause RLS, but also exacerbate it. Experts say that excessive intake of alcohol may also cause the signs and symptoms of restless leg syndrome to get worse. Sleep deprivation, too, is regarded as something that can aggravate RLS, so it’s important for anyone with the condition to try to get ample sleep.

How is restless leg syndrome treated?

A doctor will check for any underlying medical condition and will treat it in order to deal with restless leg syndrome. There are also numerous home remedies available for someone who is suffering from RLS. Some of them include: yoga, warm baths, massages, the application of heating pad and/or ice pack, and elimination of alcohol and cigarettes.