Rheumatoid arthritis or RA is an autoimmune disease wherein the body’s immune system attacks the joints.  The condition may be acute in nature, but it may also be long-term in other people.

In normal physiology, the immune system protects the body’s cells and tissues by attacking foreign bodies, such as debris and microorganisms. According to Arthritis Foundation, the exact cause of rheumatoid arthritis remains idiopathic or unknown; however, the abnormal response of the immune system has a pivotal role. The autoimmune attacks, which lead to the inflammation and joint damage, are also associated with both genetic and environmental factors. As per the publication, studies have demonstrated that people with the genetic marker called the HLA, which controls the immune response, have increased risk of having rheumatoid arthritis. Four other genes linked to rheumatoid arthritis include PTPN22, which is linked to the development of the condition; TRAF1 and C5, which are related to chronic inflammation; and STAT4, which is pivotal in the regulation and activation of the immune system.

Rheumatoid arthritis has had its numbers in history. According to the Centers for Disease Control and Prevention or CDC, the condition affected around 1.5 million of United States adults aged 18 years old and above in 2005 and its prevalence is claimed to have a range of 0.4 to 1.3 percent on a global scale. Also, women have two to three times higher risk of having the disease than in men and its onset peaks when they reach 60s. As per a Canadian study, it was found that the prevalence of the medical condition among men and women increased from 1996 to 2010; according to the publication, the increase was linked on risk factor changes and early diagnosis and treatment.

While medical management through pain and anti-inflammatory medications is available to counter rheumatoid arthritis, the following home remedies can also be used.

Turmeric and ginger tea are two among the known remedies for rheumatoid arthritis. According to Everyday Roots, both have anti-inflammatory properties, which enable them to treat rheumatoid arthritis and osteoarthritis. Turmeric has curcumin, a potent antioxidant that is capable of reducing the levels of enzymes that contribute to the development of the inflammation. As per the publication, the ingredients include two cups of water, half teaspoon of ground turmeric, half teaspoon of ground ginger, and honey to taste. To prepare, two cups of water are brought to a boil. Next, half teaspoon each of the ground turmeric and ground ginger are added. The preparation is reduced to a simmer and is allowed to stay for 10 to 15 minutes. Finally, they are strained and honey is added. The preparation produces two servings.

Tea is one of the common beverages most people consume, aside from water, coffee, milk, and juice. According to rheumatologist Dr. Beth Jonas, as cited by Everyday Health, green tea contains polyphenols, which help reduce inflammation and protect joints. Polyphenols are also antioxidant-rich, which means they are capable of reducing the abnormal autoimmune response of the body’s immune system to the joints.

Doing exercises also serves as a remedy for rheumatoid arthritis. According to Health Line, exercise fights fatigue while boosting muscle strength and joint range of motion. As per the publication, the exercises that a person with rheumatoid arthritis can do include gentle stretching, swimming, walking, and water aerobics.

Overall, rheumatoid arthritis may not be as severe as cancer; however, the pain it gives to a person removes the person’s comfort and interferes with his activities of daily living. Thus, medical management and the above home remedies are considerations in responding to the condition.

Why Yogurt Face Mask is Good for You 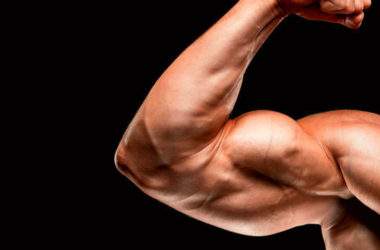 The biceps are the muscles on one side of the arms, with the triceps being the other. Together,… 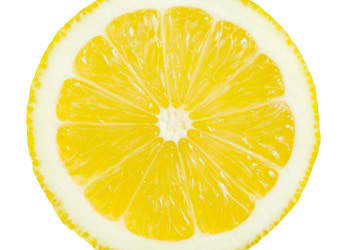 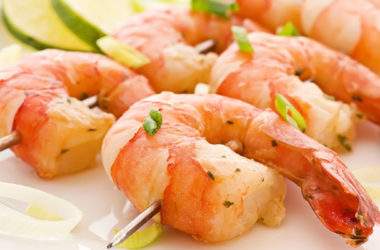 Shrimp is one of the known seafoods that people usually eat today. Coming from the suborders of Decapoda,…