Rheumatoid Arthritis (RA) Medicine Could Be Used In Treating Vitiligo 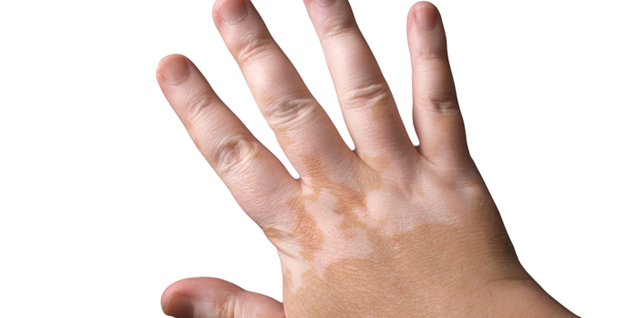 Nocturnal Emission: What It is and How It Can be Stopped

Recent study shows that a medicine for the treatment of rheumatoid arthritis (RA) can restore skin color of a Vitiligo patient. The finding was published in June 24 in Journal of the American Medical Association (JAMA)-Dermatology.
Vitiligo is a continual and long-term skin condition that causes skin to lose its pigmentation or color. White patches appear in certain areas of the body. This is due to patient’s little or no skin cells known as melanocytes. These cells produce melanin, which is responsible for giving color to the skin and serves as protection from sun’s harmful UV rays. Many associate this disease to the late Michael Jackson who was plagued by such stern condition.

Considered to be an autoimmune disorder, Vitiligo is a non-transmittable disease.  This is considered as a rare condition since less than 1 percent of the population is affected by it. People of any age, sex or race can develop this condition. However, studies have concluded that larger percentages of the cases has been detected starting the age of 20.

By far, this condition is commonly seen among dark or tanned skinned individuals. Some may have a handful of white spots on the skin while others develop large white patches that join together affecting larger areas of the skin.

Despite the presence of current treatments such as steroid creams and light therapy, these treatments are not as reliable in reversing the disease. With advancements in vitiligo research, researchers consider an existing class of FDA-approved medication known as Janus Kinase (JAK) inhibitors as a possible treatment.

This research is inspired by the study that demonstrated JAK inhibitor, tofacitinib as effective in treating hair loss caused by alopecia areata. The researchers believed that the same medicine might show the same outcome for the treatment of vitiligo.

To test the hypothesis, a 53-year old patient who is suffering from vitiligo was administered with tofacitinib to treat the condition.  For the trial, the patient received 5mg tofacinitib oral dose every other day. After three weeks, it was changed to once-a-day dosing of 5mg medicine.  Prior to taking this medication, the patient has existing white spots that covered her face, hands and body, which had been increasing for more than a year.

READ  Ways to Lighten Dark Skin on Hands and Feet

Hence, the researchers are optimistic that this finding could depict a breakthrough in Vitiligo treatment. Despite involving only one patient case in the said undertaking, they are anticipating success in treating the condition of the patient based on their current understanding of the disease as well as the mechanisms of the drug.

According to the lead investigator of the study, further research would be necessary in confirming medication’s safety and efficacy. He believes that the result could revolutionize treatment of this awful disease. Likewise, the success of the study may also signal a huge step forward in the treatment of vitiligo.

With this finding, the lead researcher hopes to conduct a clinical trial using tofacinitib or similar drug, ruxolitinib in the treatment of vitiligo.  The researcher says that it is not surprising to note that a medication that has demonstrated to be effective in treating alopecia areata may also be effective in treating vitiligo as these autoimmune disorders share genetic risk factors, which can co-occur within families and individual patients.

This medical discovery for treating vitiligo is considered as a welcome change as this condition may pose social stigma especially to those patients who have shown noticeable changes in skin color. Embarrassment for having this condition may lead to low self-esteem or in some cases, depression.

Simple Tips on How to Start Your Healthy Lifestyle

What To Do With Overripe Bananas (Besides Making Banana Bread)