Shred that 10 pounds fast with these 8 Steps

Have you always wanted to lose a couple of pounds but do not have time for gym sessions? Are you a busy bee who needs to rev up his metabolism?

Here are a few quick an easy tips to shed those nasty pounds without breaking a sweat.

Dim the Lights
A study from the Cornell University shows that bright lights in your favorite restaurants—or even your dining area—stimulate a psychological need to hurry eating which may as well lead to you eating more.
The research team from Cornell tried creating this set up and found out that the diners the dim-lighted area consumed 175 calories less than those who are in bright lit dining areas.
This means that if you eat in a dim-lighted room or restaurant, you would eat slower and lesser. Aside from this, you would also feel more satisfied at what and how much you ate.

Do not use glasses with curves
British experts believe that drinking in fancy-shaped glasses would lead to a higher consumption of beverages it is more difficult to determine whether you have already drank half of the glass and tend to drink faster. Because of this, people tend to consume 60 more sugary sodas, alcohol and juices which tend to build up that flabby part around your waist.
In order to feel satiated sooner, scientists advise that people should drink from straight-shaped glasses. If a person drinks 60 percent less, he would be able to reduce his intake by about 67 calories during breakfast through an 8-ounce glass of orange juice; 48 calories for sipping sweetened iced tea at lunchtime; and around 40 calories from the dinnertime Chardonnay.

Take multiple naps
A number of studies revealed that people who stay up late while burning the midnight oil tend to be hungrier than those who have napped during the day.
According to a study from the Mayo Clinic, those who sleep less than 6 ½ hours during the night tend to consume as much as 500 calories more in just one day. The study explained that sleep deprivation increase the levels of the hormones responsible for one’s appetite such as ghrelin. A heightened level of this particular hormone would result to a revved up appetite, says Dr. Hallschmid.

Change your mindset from “I can’t” to “I don’t”
A change in mindset commonly the best way to accomplish anything you put your mind to—including reducing your calorie intake. Recent studies show that better diet results can be achieved if you focus on what you “don’t” eat, and not on what you “can’t.” This is because the latter sounds more like a punishment when it is actually a rewarding diet for being healthy. Meanwhile, reminding yourself that you “don’t eat” a particular food is somewhat empowering and helps solidify your willpower towards the healthier “you.”

Replace your FAVORITES
Needless to say, favorite foods and beverages are the most common reason why people become fat. Here’s a friendly tip: try pouring yourself a glass of water instead of soda before you begin your meals and your appetite would be following suit.
Researchers from the University of Oregon discovered that pairing food to particular drinks could influence a person’s food choices where they found that adults who paired their food with water tend to choose vegetables over junk food as compared to when they drink sodas.

Get excited before your meal
Food psychology experts advise people who want to slash their calorie intake to think about their meal before sidling up to the dining table.
Dr. Hallschmid believes that fantasizing about your meals would help you control your appetite because thinking about eating actually leads to a person getting full, sooner. This is because anticipating a meal actually lowers your ghrelin levels, the hormone that controls a person’s appetite.

Think Sexy
A recent study revealed that your manner of thinking about food and your waistline is one of the key factors that would determine whether you would be successful in your diet regime. As it turns out, believing that you are “fat” or “chubby” makes reaching your targeted waistline much harder.
According to psychologist Susan Albers, weight gain is actually a self-fulfilling prophecy—that is, if you believe you are fat, you would end up surrendering to that fact and not doing anything about it.

If there is SUGAR, look away
The best way to bust up those calories is to step away from temptation. Experts noted how staring at photos of foods high in calorie, fat and sugar would tend to stimulate a portion of the brain that controls hunger as well as its “reward center.”
So what should you do when tempting food ads appear on your TV screens? Proceed to the kitchen, stare at healthy foods and turn off your reward center.

Six Ways to Strengthen Your Intuition 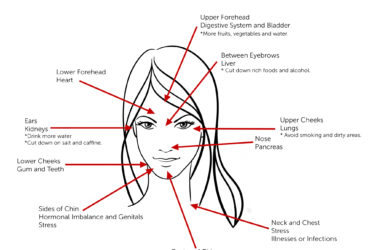 What does your Acne reveal about your health

In the world of traditional Chinese medicine, it is believed that the placement of acne on your face… 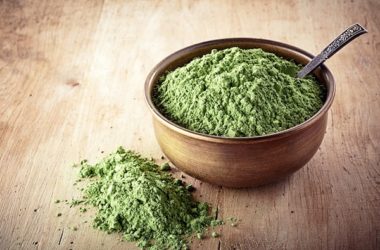 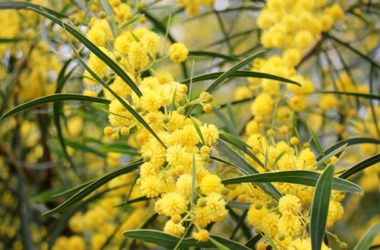