Sjogren’s syndrome is said to be one of the most widespread of various autoimmune disorders, affecting around 4,000,000 Americans and majority of them are women. This condition may occur on any one at any given age, although most individuals who suffer from it are past the age of 40.

The most common symptoms of Sjogren’s syndrome are dryness of both the eyes and mouth. Those who are afflicted with it usually experience fatigue too. It’s not unlikely for these symptoms to be accompanied by those that are associated with other immune system disorders such as lupus and rheumatoid arthritis. Because the various signs and symptoms of the condition are similar to many other diseases, Sjogren’s syndrome is often misdiagnosed.

Because it is an autoimmune disorder, the direct cause of Sjogren’s syndrome is the immune system itself. What happens is this: the immune system attacks healthy cells and tissues instead of invading microbes only. To date, medical authorities are unsure as to why some people suffer from it while others don’t. They believe, however, that there are certain genes in the body that puts some people at risk for it.

Experts say that having the suspected genes is not enough for the individual who has them to suffer from Sjogren’s syndrome. They add that there should be a triggering factor like an infection brought about by certain microorganisms for the condition to surface.

According to medical experts, anyone at any age can be affected by Sjogren’s syndrome. However, the condition is more likely to occur in people who are over 40 years old. It is also more common in women, with 9 out of 10 cases in the US being females.

It’s not unlikely for those who suffer from it to also have lupus and rheumatoid arthritis, both of which are immune disorders just like Sjogren’s syndrome.

As earlier mentioned, the hallmark symptoms of Sjogren’s syndrome are dryness of the eyes and mouth. The eyes of someone with the condition may feel like there’s sand in them. The mouth may feel like it’s packed with cotton, thus making it really challenging for the sufferer to speak or even swallow.

There are a few other signs and symptoms that someone with Sjogren’s syndrome may exhibit or encounter. Some of the most common ones include:

The degree of these signs and symptoms vary from person to person. It’s possible for them to remain steady or worsen after some time. There are also instances wherein they go into remission (decrease in severity or temporary recovery) although it is very uncommon. Because Sjogren’s syndrome is a systemic disease, the entire body may be affected by it.

Both the mouth and eyes are prone to the complications of Sjogren’s syndrome. Due to the mouth dryness brought about by the condition, the sufferer is likely to have dental cavities and other closely related oral problems. He or she may also have oral thrush.

The eyes are at risk of ending up with corneal ulcers, blurred vision and photosensitivity (sensitivity to light) because of excessive dryness.

As earlier mentioned, Sjogren’s syndrome is a systemic disease so it’s possible for some complications to involve the other organs and structures of the body. Some of them include the lungs, liver, kidneys, lymph nodes and nerves.

Being an autoimmune disorder, there is no known cure for Sjogren’s syndrome. The goal is to have the various signs and symptoms treated to prevent complications and to make it easier for the sufferer to live with the condition.

There are OTC eye drops that help deal with eye dryness. Taking sips of water frequently helps ward off excessive dryness of the mouth. A doctor may also prescribe a drug that helps increase the production of saliva. However, its intake yields certain side effects such as excessive sweating, increased urination and abdominal pain. In case oral thrush develops, the administration of antifungal drugs is very likely.

A doctor may prescribe non-steroidal anti-inflammatory drugs (NSAIDs) in case the individual with Sjogren’s syndrome experience arthritis symptoms such as joint pain and swelling. There are times when anti-malarial drugs and immune suppressants are prescribed to help in dealing with the various signs and symptoms of Sjogren’s syndrome. 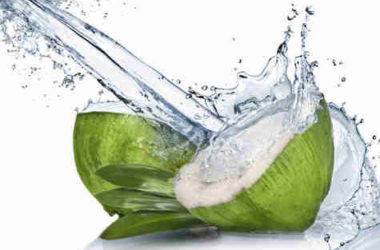 The Best Coconut Water and Its Undeniable Benefits

Celebrities like Gwyneth, Rihanna, and Madonna drink it but what exactly can you get from the coconut water… 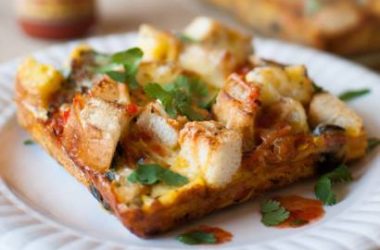 The word frittata is Italian for the root word “fried”. Frittata is an Italian dish that’s egg-based much… 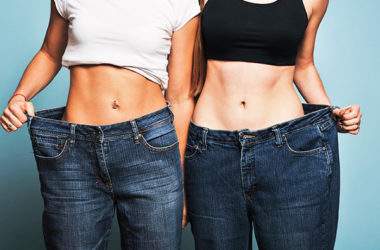 The Secret to Losing 20 Pounds

Losing weight is not an easy feat. Even if you are aiming to lose 10 lbs, it is…