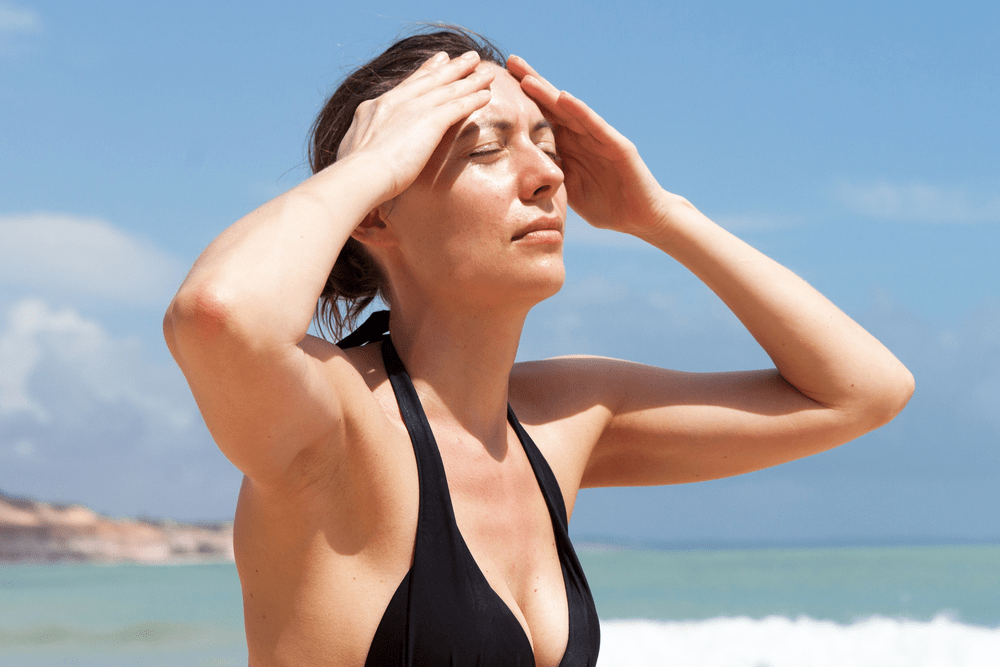 Despite of what it’s called, sun poisoning doesn’t mean that you have been poisoned by the sun and that you need an antidote for it ASAP. Sun poisoning is essentially sunburn that’s so severe that it comes with flu-like symptoms.

There are certain things that can increase your risk of suffering from sun poisoning other that engaging in activities done under the sun. They include:

Aside from being bugged by some unfavorable signs and symptoms, sun poisoning also increases your chance of battling premature skin aging, skin infections and most especially skin cancer!

So if you love staying under the scorching sun and you are not fond of applying sunscreen, you’re at risk of winding up with sun poisoning and the complications it brings with it.

Here are some of the signs and symptoms of sun poisoning:

Definitely, your skin will appear red if you are suffering from sun poisoning. It’s also something that can make your face redder due to the fact that friction or pressure on affected skin can cause a lot of pain and discomfort.

Health authorities say that sun poisoning can cause second-degree burns, which is something that involves burning of both the epidermis and dermis. This is why you may wind up with blisters that you should never attempt to pop as you may develop secondary skin infections that can make matters worse.

Due to the fact that sun poisoning entails severe skin damage, your immune system springs into action in an attempt to deal with the problem. Such can cause swelling, which is an indicator that damaged skin areas are being healed by your body.

Aside from swelling, another telltale sign that your immune system is in high-alert mode is an increase in the core temperature of your body. This is why you may have fever when battling sun poisoning.

It’s not unlikely for your sun poisoning-related fever to be coupled with chills. While it’s true that your skin may feel warm to the touch because of skin damage and also your fever, it is very much possible for you to feel cold and shiver.

You may also experience a pounding headache if you are suffering from sun poisoning. You can put the blame on things such as glare, prolonged exposure to the UV rays of the sun and the next entry.

Sun poisoning is also something that can leave you dehydrated. Some of the signs and symptoms of dehydration include sunken eyes, dry mouth, excessive thirst, dry skin, irritability, low urine output and a rapid heart rate. Whether or not you have sun poisoning, it’s important to drink about 2 liters of water per day.

The combination of dehydration and fever can leave you feeling sick to your stomach. Vomiting is a possibility, too.

According to health authorities, sun poisoning is something that can also cause dizziness. It’s even possible for you to feel faint or even pass out.

The above are the signs and symptoms of sun poisoning.

So how is it treated? Some of the things that you may do at home is to apply cold compresses or soothing aloe vera gel on affected areas. You may also take OTC painkilling medications.

A doctor may prescribe topically-applied antibiotics to keep skin infections at bay. If you are severely dehydrated, you may be given fluids intravenously. Severe cases of sun poisoning may sometimes warrant being admitted to a hospital’s burn unit.

Sourcemsn.com, healthline.com
Previous articleHave You Already Tried Broccoli Tea?
Next articleTimes You Should Refrain from Having Carbs