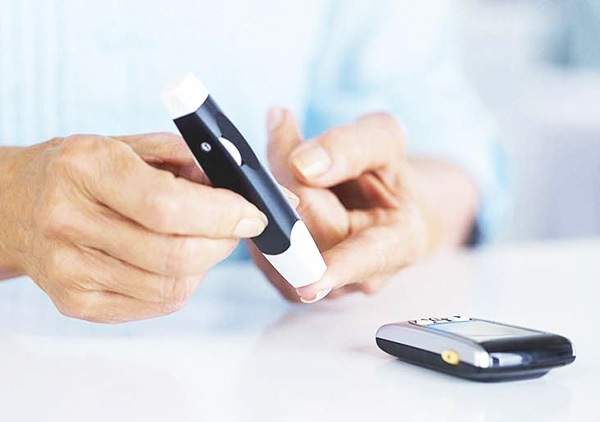 Stomach Flu Details You Should Know

Tips on Sleeping Well as You Get Older

8 Home Remedies for Headaches and Migraine

Insulin resistance is a problem that can increase a person’s risk of diabetes, obesity, heart disease, cancer and so many others. It happens when there is too much insulin present in the blood as your body no longer responds to it. Since insulin is vital for the conversion of glucose into fuel that the cells may use for energy, having insulin resistance causes the level of glucose in the blood to remain elevated, and this is something that can trigger various health issues.

Thanks to today’s unhealthy diets and lifestyles, a lot of people are at high risk of insulin resistance — some may already have it but are simply not aware of it. In fact, experts estimate that approximately 25 percent of people in the US have insulin resistance. And since you are living in this day and age, too, you may have it as well!

Too much insulin is said to promote the production of the male hormone testosterone. This can have an impact on the skin, making it greasy. Other than being shinier than a used frying pan, your skin may have lots of acne, too. Oh, and you may also notice that your skin pores are larger than ever!

Thinning of Hair or Baldness

An increase in testosterone due to insulin resistance does not only cause skin problems, but hair issues as well. Women with insulin resistance tend to lose a lot of hair strands, leading to hair thinning. Some may even actually be at risk of having alopecia, which is male pattern baldness in women.

Glucose in the blood that cannot be used by the cells as fuel becomes stored as fat. Especially if you have an unhealthy diet and you are leading a sedentary lifestyle, you are likely to gather fat in the midsection. You don’t want this to happen because it’s something that can make your body resistant to insulin further!

Constant Craving for the Sweet Stuff

Are you on the hunt for something sweet or packed with carbohydrates all the time? There is a possibility that you are insulin resistant. Since glucose stays in your blood, your cells are yearning for some fuel. This is the reason why your body is telling you to consume foods that are laden with sugar or carbs.

See also  Gluten: 5 Things You Did Not Know

Does it seem like your ankles are swollen and your skinny pants no longer fit? Your body may be accumulating excess fluid, and it can be due to insulin resistance. You see, the hormone insulin is also something that instructs the kidneys not to flush out excess water and sodium in the body, so you end up being bloated.

Because your body retains water, your blood pressure increases. You don’t want to have high blood pressure because it puts you at risk of heart disease. It’s exactly for such reason why people with diabetes, particularly if the disease is left uncontrolled, are at high risk of having heart disease, heart attack or stroke.

Experts say that women with high levels of insulin in the bloodstream have polycystic ovarian syndrome or PCOS. That’s because insulin resistance can throw the normal levels of reproductive hormones out of whack, causing the growth of cysts in the ovaries, as well as other issues like irregular menstrual cycles and even infertility.

Having too much insulin in the bloodstream can cause acanthosis nigricans. Such is characterized by the darkening of certain areas of the body, in particular where folds and creases are. Most of the time, acanthosis nigricans is brought about by insulin resistance, and it is commonly seen in diabetics.

Comments
Sourcehealthline.com
Previous articleEverything You Need to Know About Coffee Flour
Next articleHealth Benefits of Ground Cloves and Sample Recipe