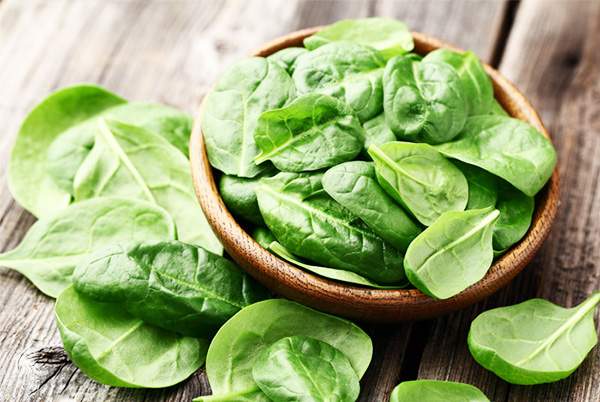 Top 15 Smoothie Ingredients You Should Try

Spinach is one of the vegetables people usually add in their meals. Aside from the added flavor it gives, it also promotes the health of the body. The following are the health benefits and sample recipe for spinach.

One health benefit of spinach is its anti-inflammatory property. According to World’s Healthiest Foods, spinach contains flavonoids like jaceidin, patuletin, spinacetin, and methylenedioxyflavones. The vegetable also contains carotenoids, which are described as a second category of anti-inflammatory phytonutrients. Examples of such carotenoids include neoxanthin, violaxanthin, epoxysanthophylls, and lutein, which is also helps promote a person’s eyesight. Above all, these nutrients help prevent inflammation in the body, preventing various disorders like cardiovascular diseases, diabetes, and cancer.

Another health benefit of spinach is the promotion of the health of the heart and the blood vessels. According to BBC Good Food, spinach is also rich in iron, which promotes oxygenation throughout the body. The heart muscles need oxygen to carry out their function, which is to pump blood to deliver nutrients and oxygen to other parts of the body. Without iron, this function will be impaired, which can lead to various cardiovasular and blood disorders like anemia. Hence, vegetarians and pregnant women are encouraged to consume green leafy vegetables like spinach as part of their diet to prevent the aforementioned health conditions.

Spinach also promotes the health of the digestive system. As a vegetable, spinach contains fiber, which acts as sweep to remove unwanted agents from the body; these includes toxins and free radicals. Fiber also speeds up the motility of the digestive tract, preventing constipation and diverticulitis. In addition, spinach helps safeguard the lining of the stomach, preventing the occurrence of ulcers., as per Care 2 However, spinach also contains oxalic acid, which inhibits or blocks calcium and iron absorption. To resolve the problem, the person may eat spinach with a food rich in vitamin C; this way, the power of oxalic acid will be reduced, improving the absorption of calcium and iron into the system. Also, boiling the spinach leaves for two minutes will reduce the action of the acid.

One recipe that uses spinach is Easy Sauteed Spinach Recipe. According to Simply Recipes, the ingredients include two large bunches of spinach, olive oil, three cloves garlic (sliced), and salt to taste. To prepare, the thick stems must be cut off and discarded. Then the spinach must be cleaned with water. Then, then spinach is drained, soaked, and drained again. The vegetable is placed in a salad spinner to remove excess moisture. After that, two tablespoons of olive oil are heated in a large skillet on medium high heat. Then, the garlic is added and sauteed for about a minute, until the garlic becomes brown in color. Once done, the spinach is added to the pan and is packed down a bit. Spatulas can be used to lift the spinach and turn it over in the pan for it to be coated with garlic and olive oil. The pan is covered and the food is cooked for a minute. Then, the pan is uncovered and the spinach is turned again. Next, the pan is covered again and the spinach is cooked for another minute until it becomes completely wilted. Once done, it is removed from heat and excess moisture is drained from the pan. Olive oil and salt are added before the dish is served.

Spinach has proven its benefits to human health; thus, it can easily be added to various dishes for the entire family to enjoy.

No Time to Exercise? Try These 10 Tips to Get Active!