Just like the eyes, the teeth also serves as assets of the body, particularly the face. They allow to project happiness when a person smiles; thus, they let someone show his mood. In addition, the teeth aid in eating, along the chewing muscles and the tongue; these hard structures in the mouth help grind larger food to smaller pieces for the body to easily swallow and digest them. However, exposure to various food and beverage stain the teeth, which lead to become yellowish in color and this deviates from their pearly white look.

The following are common recipes one can do to bring back the white color of the teeth.

Baking soda, along with lemon juice and strawberry, stands as one of the best natural teeth whitening methods one can prepare at home, according to Everyday Roots.

As per the publication, sodium bicarbonate, also known as baking soda, has mild abrasive properties that allow it to slightly scrub away strains on the teeth surface. This way, the teeth’s whiter shade will return. Also, baking soda is alkalinic; thus, it neutralizes the mouth’s acidic pH due to food. The ingredients include several teaspoons of baking soda and lemon juice. To prepare, the teaspoons of baking soda are mixed with adequate amount of fresh lemon juice or water until a paste is formed. Then, the teeth is wiped and dried with a clean paper towel prior to the application of the paste. A toothbrush can be used to apply the paste to the teeth. After that, the paste is left on for a minute before it is rinsed, since the acid can affect the tooth enamel. The person can leave the paste on for up to three minutes if baking soda is mixed with water alone.

Strawberries are rich in vitamin C at it has the power of breaking down the plaque that leads to the yellowish color of the teeth. In addition, strawberries contain malic acid, an enzyme that also helps remove stains on the teeth surface. Salt is usually added to the strawberry and baking soda mixture, as it serves as the abrasive component of the paste; thus, it scrubs away debris on the teeth. The ingredients include one to three strawberries, a pinch of salt, and half teaspoon of baking soda. To prepare, the berries are mashed into a pulp. Then, the pinch of salt and the half teaspoon of baking soda are added. Then, the teeth is wiped and dried with a paper towel before applying the mixture to the teeth surface. The mixture is left on for five minutes before rinsing.

Hydrogen peroxide and baking soda are two agents that help whiten teeth, among others, according to Colgate.

As per the publication, baking soda plus water help in teeth whitening by releasing free radicals that break down molecules that cause stain on the tooth enamel. A tablespoon of baking soda is mixed with about two tablespoons hydrogen peroxide until a paste is  formed. It is important to use less baking soda that hydrogen peroxide for the paste not to become gritty. Then, the paste is applied to the teeth surface and is allowed to stay for about a minute before rinsing.

Overall, having pearly white teeth improves one’s smile and indicates good oral health. However, color is not the sole indicator of optimum oral health, as tooth and gum pain, swelling, and bleeding are also signs that there is something wrong with the mouth. Thus, it is important to visit a dentist regularly for proper assessment and medical advice. 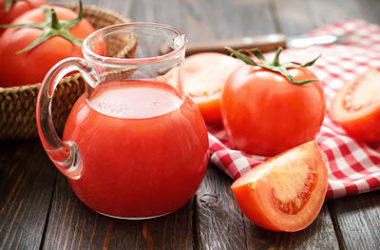 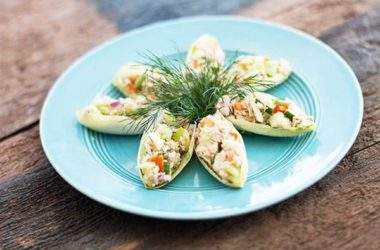 Endive is one of the leafy vegetables people know today. Coming from the genus Cichorium, its leaves can… 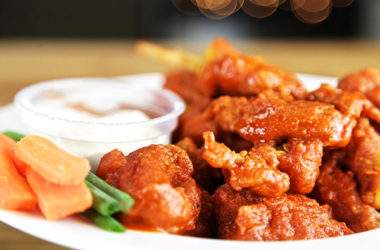 There is no denying that buffalo wings are mouthwatering. However, the thought of chopping off the wings of…