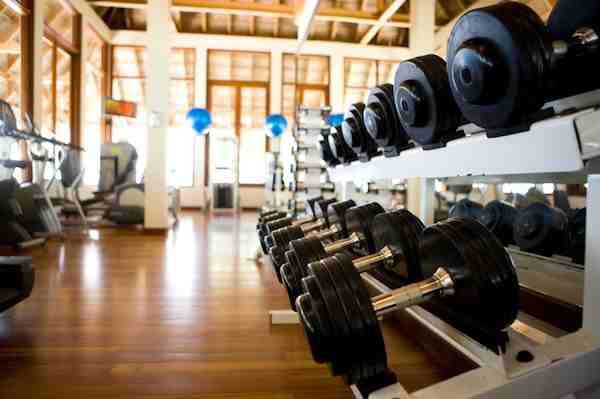 Reasons to Stay Away From Flavored Yogurt

Thirst or Hunger: How to Tell the Difference

Colds and flu almost always signal the approach of the fall and winter season. And if somehow you have noticed that you keep succumbing to the same ailments on a yearly basis, then maybe it’s time for you to explore more on what may be the real culprits are. Here’s the list of the top 5 germ-breeding public places that you need to be wary of especially this flu season.

1. The Gym
Gyms are well-known breeding areas of bacteria and other kinds of germs that may lead to different illnesses and infections. People sweat a lot at gyms and the equipments being used are not necessarily sanitized as much after being used, so it’s really a no-brainer that microbes can be transferred easily from one person to another by means of other people using contaminated equipments and areas.

2. Public Transportation
The Wheaton Metro station in Washington, DC boasts of the longest set of single-span escalators in the entire Western hemisphere. But then again, you may want to minimize your contact with the rails, despite what the safety rules dictate, just for you to avoid contracting any harmful bacteria that may have been sitting on those rails. There are even studies that studied the escalators at malls and surprisingly, the researchers found traces of blood, urine and sweat. Same goes for the armrests and seat of buses and other modes of public transport.

3. Restaurants
Did you know that salmonella can survive for up to 72 hours and E. coli up to 48 hours by just incubating themselves at the surface of a restaurant’s laminated menu?

5. Make-u Counters/Handbags
There has been a study conducted by Elizabeth Brooks, a noted professor of biological sciences at the Rowan University at New Jersey, which has shown that make up counters and other cosmetic testers can be popular breeding areas of the staph bacteria and E. coli amongst many other kinds of germs. So before you try on that lipstick or foundation tester, think of those other people that may have tried it on before you.

Meet Mascarpone: A Creamy and Nutritious Cheese Perfect for Cooking