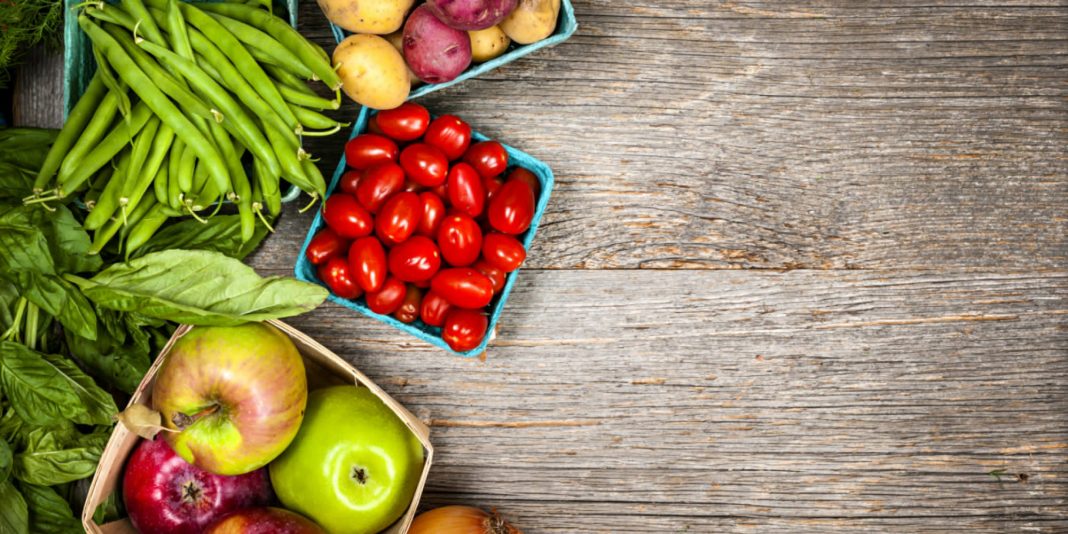 Fitness Trends to Watch Out For

Healthy Breakfast Tips You Can Try

Here are the latest culprits full of pesticide residue, plus 10 more you should also know.

What You Need to Know

Each year the Environmental Working Group releases its annual dirty dozen list — a list of foods that you should always, whenever possible, buy organic. The group analyzes Department of Agriculture data about pesticide residue and ranks foods based on how much or little pesticide residue they have. The group has estimated that individuals can reduce their exposure by 80% if they switch to organic when buying those 12 foods.

But we went one step further and included produce that has made the list in the past, as well as information about pesticides used to produce meat, dairy, and some other favorite foods that aren’t on Environmental Working Group’s latest dirty dozen list. Apples consistently rank near the top of the annual dirty dozen list. More than 45 different pesticides have been detected on apples, because fungus and insect threats prompt farmers to spray various chemicals on their orchards. Not surprisingly, pesticide residue is also found inapple juice and apple sauce, making all apple products smart foods to buy organic.

Strawberries are always on the list of dirty dozen foods, in part because fungus prompts farmers to spray, and pesticide residue remains on berries sold at market. More than 40 different pesticides have been found on strawberries, though fewer are found on frozen strawberries.

Another perennial entrant on the dirty dozen list, imported grapes can have more than 50 pesticides. Raisins, not surprisingly, also have high pesticide residue tests.

Another perennial food on the dirty dozen list is celery. USDA tests have found more than 60 different pesticides on celery. Another tree fruit that always makes the dirty dozen list: peaches. More than 60 pesticides have been found on them.

Leading the leafy green pesticide residue category is spinach, with more than 50 different pesticides. (While frozen spinach  has nearly as many, canned has had fewer detected pesticides.)

Another food that usually makes the dirty dozen list because it tends to have high pesticide residue is the sweet bell pepper, in all of its colorful varieties. Nearly 50 different pesticides have been detected on sweet bell peppers

Nectarines, at least imported ones, are among the most highly contaminated tree fruits. Domestic nectarines don’t test with as much pesticide residue, but overall 33 pesticides have been detected on nectarines. Cucumbers might be laced with as many as 86 different pesticidesthat remain on the vegetable’s skin when it’s time for salad-making. Peeling the skin off may reduce your chances of ingesting some of them.

There really is no substitute for a good, fresh tomato. If you can’t grow your own, buy from a farmers’ market or CSA, then try the organic produce section of your local grocery. America’s favorite vegetable is the potato. Unfortunately, more than 30 pesticides have been detected on potatoes in USDA testing. Sweet potatoes offer a delicious alternative with less chance of pesticide residue.

Joining sweet peppers on the list of foods with the most pesticide residue: hot peppers.

Traditionally kale is known as a hardier vegetable that rarely suffers from pests and disease, but it was found to have high amounts of pesticide residue when tested in each of the past several years. Luckily kale is a staple of the organic farm marke scene. If you want kale, you can find it organic. The humble summer squash is often laced with chemical pesticides. Joining spinach in the leafy greens category, lettuce often makes the list of dirty dozen foods with the most pesticides. More than 50 pesticides have been identified on lettuce.

While it doesn’t make the list of dirty dozen foods, meat makes our list. There are generally no pesticides found in beef muscle, but the fat is another story. Fewer than a dozen pesticides have been detected in beef fat, but among them are long-lived chemicals that accumulate in human fats just as they do in beef cattle. The same pattern holds for other meats, with pork fat and chicken thighs tallying the most pesticide residue, while lean meat comes up clean.

See also  Big in Benefits: The Many Health Perks of Bignay While the watchdog lists don’t include data on coffee, many of the coffee beans we buy are grown in countries with lax regulations for use of pesticides. Look for the USDA Organic label to ensure you’re not buying beans that have been grown or processed with the use of potentially harmful chemicals.

Go a step or two further, and look for the Fair Trade Certified and Rainforest Alliance (or Bird Friendly) labels to ensure that your purchase supports farmers who are paid fairly and treated well. And look for shade-grown (Rainforest Alliance- or Bird Friendly-certified) varieties for the trifecta; that way you know the coffee is being grown under the canopy of the rainforest, leaving those ancient trees intact, along with the wildlife — particularly songbirds — that call them home. Similarly to coffee, there’s no watchdog reporting on pesticides found in wine, but grapes are among the crops that are typically heavily doused with pesticides to ward off fungus and bugs. Fortunately, there are more and more fine organic wines on the market. Many will be labeled “made with organic grapes,” rather than “organic wine” because winemakers add sulfites as a preservative to allow for long-distance shipping.

Like coffee beans, cocoa beans are grown across the developing world, sometimes in countries without strict laws governing use of pesticides, worker rights or other factors we’d consider basic in the U.S. Buying organic chocolate ensures your sweet treat isn’t harming the environment or workers elsewhere.

Detecting The Causes Of Your Vagina Itch