The arms assist a person in the activities of daily living, such as eating, bathing, and shopping among others. However, some people experience weakness in the arms, which could be a presenting sign and symptom of an underlying medical condition. Regardless, toning the arms boosts muscle strength and function, allowing a person to perform in his optimum level of function. In this regard, the following are some tips on toning the arms.

Doing arm circles helps tone the arm, according to Fitness Magazine. As per the publication, the person needs a pair of three-pound dumbbells. She stands with he feet shoulder-width part, with her arms extended straight out to the sides at shoulder height. Next, she keeps her shoulders down and does 20 small backward circles. Then, she switches directions and does 20 forward circles.

Barbell curl is one exercise that tones the arms, particularly the biceps. According to Body Building, the person stands up with her torso upright while holding a barbell at a shoulder-width grip. Next, the palm of her hands should be facing forward and her elbows should be close to her torso. Then, while holding the upper arms stationary, the person curls the weights forward while contracting her biceps as she breathes out. A good practice is that only the forearms should move. The person continues the movement until her biceps are fully contracted and the bar is at shoulder level. She holds the contracted position for a second and squeezes her biceps hard.

Triceps extension is another exercise that tones the arms, especially the triceps. According to Shape, the person holds one dumbbell with her hands overhead. Then, she draws her shoulders down and back while engaging her core. She keeps her elbow pointed forward, bends her elbows, and allows the weight to lower down her back. After that, she extends her arms to bring the weight back overhead. Finally, she keeps her core and glutes engaged the whole time. The person does 20 repetitions for this exercise.

The lateral raise is one way to tone the arms. It also hits the middle head of the deltoid. According to Prevention, the person gets into push-up position on her knees, with her hands directly under the shoulders with light dumbbell in her left hand. The person engages her abs to stabilize her torso and then raises her left arm straight out to side, parallel to the floor. She then holds for a second and gradually lowers to start and repeat. The person does a number of repetitions, usually eight to 20, before switching arms.

Toning the arms also increases its strength, allowing a person to carry out his activities of daily living. This way, he will be able to have an optimal level of life.

The Dangers of Rapid Weight Loss 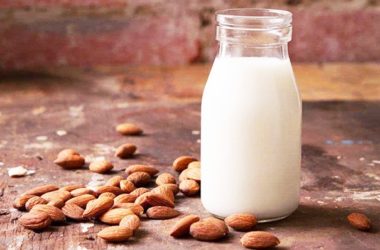 One of the most popular non-dairy milk around is almond milk. Other than drinking it, are you aware… 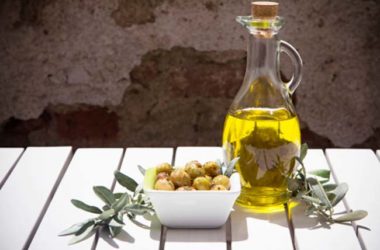 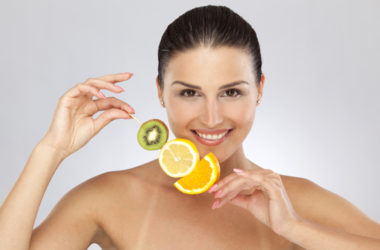 Those dark eye circles can make you look old, tired and ugly. This doesn’t really come as a…