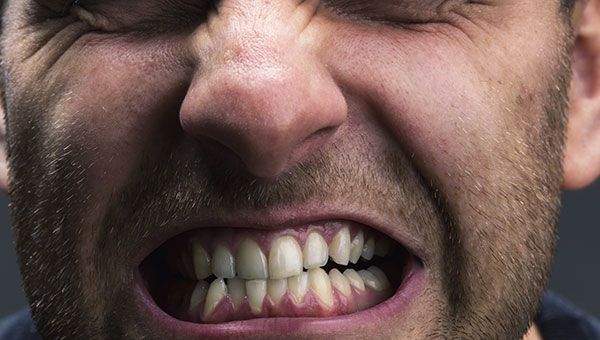 5 Good Reasons to Give Up Your Alcohol Intake

Do you have negative emotions that you constantly keep inside? You may be at risk of having cancer, according to experts. Based on a study, people who refused to blow off some steam may die from cancer by up to 70 percent. Indeed, deadly cancer is something that can stem from repressed anger.

Exposure to radiation and environmental pollutants, unhealthy habits such as smoking and excessive alcohol intake, an unhealthy diet, the use of products that contain toxic or carcinogenic ingredients, the genes — these are some of the most well-known cancer risk factors or triggers. However, a growing number of scientific investigations say that we can now consider pent-up negative emotions as something that can eventually make you suffer from cancer.

We all know that anger, in particular something that is expressed in all sorts of unwholesome ways, can ruin relationships. Also, it’s no secret that being angry all of the time can have damaging effects on one’s health. No one thought before, however, that a strong feeling of displeasure or annoyance can also be linked to cancer.

By the way, the findings of numerous studies have made it clear that unexpressed anger not only increased a person’s risk of having cancer, but also the chances of him or her actually dying from it!

Emotional strain, unlike most other commonly blamed factors for cancer development, is a trigger that comes from within. More so, it is something that sets off cancer to a cellular level. So if you think that constantly harboring negative feelings can only cause fine lines and wrinkles on your face, think again — it may also be brewing cancer.

According to experts involved with studies that link unexpressed anger to the dreaded disease, cancer develops in varying phases, starting from the distress that a negative emotion causes the body and leading to the weakening of the immune system which helps control cancer cell proliferation. Here are the said phases:

Prolonged emotional trauma. The production of melatonin by the body is reduced. As we all know, melatonin is important for a good night’s sleep, and its depletion can rob you of deep and quality sleep. In addition, melatonin helps inhibit the growth of cancer cells.

Depletion of adrenaline. Released by the adrenal glands, adrenaline is a hormone that helps regulate stress. However, chronic mental stress resulting from anger that is suppressed (plus the impact of melatonin reduction) depletes adrenaline further, and this can bring about the mutation of cells.

See also  What's the Difference Between Acute and Chronic Bronchitis?

Formation of cancer fungus. Somatics, which are very small organisms within all of us, are transformed into fungus-like organisms. They get into the nucleus of the cells, releasing toxins and damaging the DNA, as well as keeping tumor suppressor genes from springing into action.

Deficiency in niacin. Remember in phase 2 wherein adrenaline becomes depleted? Well, the body makes up for it by producing more dopamine. This can be a real problem because, eventually, it can lead to niacin depletion. Such can result in cellular mutation, which can give rise to cancer formation.

Depletion of vitamin C. Everyone knows that vitamin C is an antioxidant that neutralizes free radicals. Because of chronic mental stress, the body’s vitamin C stores become used up. With no protection against those harmful free radicals, cells become damaged and mutate into cancer.

Weakening of the immune system. Because of everything discussed above, time will come when your immune system becomes compromised. With your body’s defense against enemy cells considerably weakened, there is nothing that will stop those cancer cells from multiplying and spreading.

It is well-established by numerous studies that unexpressed anger, which can cause emotional stress, is linked to the development of deadly cancer. It is therefore important to have your anger expressed in a healthy manner instead of keeping it under wraps.

Comments
Sourcesharecare.com
Previous articleBalloon Weight-Loss Pills: Get to Know These Newcomers in the Battle Against Obesity
Next articleHabits That Discolor Your Teeth