Watermelon is one of the fruits people know today. It is usually eaten as snacks following a good meal and it serves as sweets after eating oily foods. Watermelon has more to offer, the following are the health benefits and sample recipe for the red-pulp fruit.

One health benefit of watermelon is anti-inflammatory. According to Live Science, watermelon has lycopene, which inhibits different inflammatory process. In addition, a 2006 article article published in “Shock” medical journal revealed that watermelon also has choline, which helps manage chronic inflammation. Hence, watermelon helps reduce inflammation, which is related to cellular damage secondary to factors like smoking, stress, diseases, and pollution.

Another benefit of eating watermelons is the prevention of cancer. According to Authority Nutrition, watermelon’s lycopene and other beneficial compounds have their cancer-fighting effects. As per the publication, lycopene is associated with reduced cancer risks, including the prevention of the cancers involving the digestive tract. It is added that lycopene reduces insulin-like growth factor or IGF, which is a protein involved in cell division and high levels of this agent are attributed to elevated cancer risks.along with lycopene, watermelon also has cucurbutacin E, which has been studied for its tumor growth inhibition properties. Hence, more trials can be done to investigate the potency of watermelon when it comes to management and prevention of cancer.

Another health benefit watermelon has to offer is the management of diabetes mellitus, an endocrine disorder marked by a prolonged increase in blood glucose or sugar. According to Well-Being Secrets, watermelon has the amino acid L-arinine, which showed considerable positive effects on insulin sensitivity and glucose metabolism. This area in research gave researchers hope that foods like watermelon has potential benefits to offer, such as management of diabetes, in addition to their nutritional content.

Watermelon also helps promote the health of the heart and the blood vessels. According to Medical News Today, a study published by the “American Journal of Hypertension” revealed that watermelon extract helped lower brachial blood pressure, ankle blood pressure, and carotid wave reflection in obese adults. In addition, the studies also revealed that watermelon was able to enhance the functions of the arteries. With such properties, watermelon is capable of preventing cardiovascular diseases like hypertension, coronary artery disease, and cerebrovascular accident or stroke. In this regard, watermelon also contains citrulline, which enhances blood flow in the blood vessels and provides support to people with erectile dysfunction. Also, as cited by World’s Healthiest Foods, study participants who consumed three to six cups of fresh watermelon juice over three weeks had increased blood arginine levels of about 12 to 22 percent.

One tasty recipe that uses watermelon as one of its core ingredients is Tomato, Watermelon, and Feta Skewers with Mint and Lime. According to My Recipes, the ingredients include half teaspoon of freshly ground black pepper, one teaspoon of kosher salt, one tablespoon of extra virgin olive oil, two tablespoons of chopped fresh mint, two and a half tablespoons of fresh lime juice, two large tomatoes (cored and cut into one-inch pieces), and three-inch wooden skewers. To prepare, as per the publication, the tomatoes and the ingredients are gently tossed together in a large bowl. Next, the container is covered and the contents are chilled from 30 minutes to an hour. Then, the watermelon, tomatoes, and feta cube onto the skewer and placed in a swerving bowl. The same is done with the remaining skewers. Finally, the skewers are drizzled with remaining marinade before serving.

Watermelon is one of the nutritious fruits grown today. Its health benefits make it a fine addition to every meal or dish prepared for the entire family. 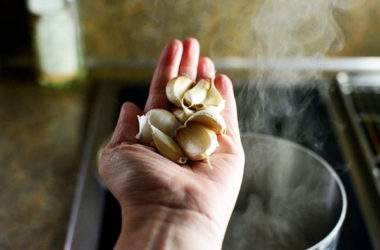 Foods to Eat to Prevent Sinusitis (Plus Foods to Avoid)

Sinusitis is something that can put several days of your life out of whack. Headaches, congestion, loss of… 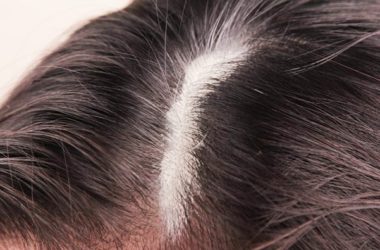 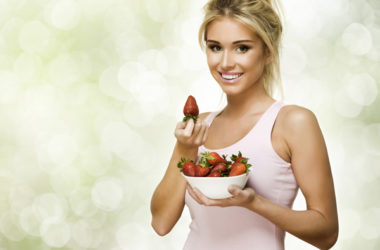 Pimples, pustules, blackheads and rosacea … oh my! What to do if you have acne and want your…