What Happens Inside Your Stomach When You Eat Instant Noodles?

According to Dr. Mercola, people who are running out of time or even cash like students often eat instant noodles for lunch or even dinner. Although this isn’t really considered a health food, some think they are not that bad compared to eating fries, burritos, or even burgers from fast-food chains. In an experiment conducted by Massachusetts General Hospital’s Dr. Braden Kuo, which is a first of its kind, you might want to rethink your instant noodle habit. Dr. Kuo used a camera the size of a pill to show what goes on in the digestive tract and the stomach after eating ramen noodles, which is one type of instant noodles that is common in the market. The results were actually amazing.

Ramen noodles can be seen inside the stomach based on the video above. After two hours, the noodles are very much intact compared to ramen noodles that were homemade which was used for comparison. The result should be a cause for concern for numerous reasons.

First of all, it puts a strain on the digestive system because it needs to work additional hours just to break down the processed food which, ironically, doesn’t have any fiber that it can actually be broken down easily, which in turn can interfere with the release of insulin as well as the levels of blood sugar.

Nutrient absorption is affected when food stays in the digestive tract for a long time but in the case of instant ramen noodles, there isn’t much nutrition to be absorbed. What are left are additives such as the tertiary-butyl hydroquinone (TBHQ) which is a toxic preservative.

The TBQH will probably stay in the stomach with the noodles, and no one really has an idea on what it can do to their health. However, common sense will tell that it won’t be good at all.

Five Grams of TBHQ or Noodle Preservative is Dangerous

Although TBHQ is considered as an antioxidant, you need to keep in mind that it is actually a synthetic chemical that has antioxidant components meaning it is not natural. The chemical keeps the oils and fats from oxidation in order to extend the shelf life of foods that are processed.

It is also found in lacquers, pesticide products, varnishes, perfumes and cosmetics to improve their stability and to minimize their rate of evaporation.

On the Joint FAO/WHO Expert Committee on Food Additives’ 19th and 21st meetings, they have determined that it was safe for humans to consume TBHQ at 0-0.5 mg/kg of their body weight.

However, the maximum limit was set to 100 to 400 mg/kg according to the Codex Commission depending on where TBHQ was added to. (The highest level of TBHQ was allowed in chewing gum.) The Food and Drug Administration in the US, requires that the additive TBHQ should not go beyond 0.02% of its fat and oil content.

Although there is a discrepancy on what the safe limit is, it is probably better to stay away from or at least minimize your exposure to such toxin since 5 grams can already be dangerous. This is according to the A Consumer’s Dictionary of Food Additives where being exposed to even a gram of TBHQ can make you experience ringing in the ears, the feeling of suffocation, vomiting and nausea, collapse, as well as delirium.

Even if TBHQ is not considered to be a persistent toxicant which means the body can actually eliminate the additive to avoid accumulation, consuming instant noodles might make your body exposed to the substance for long periods of time which is actually concerning. In an animal study conducted by the Environmental Working Group or EWG, among the health hazards that were linked to TBHQ were:

For those who can’t get enough of eating instant noodles, you should take note that a recent study, which was published in the Journal of Nutrition, showed that women who ate more instant noodles were at more risk of acquiring metabolic syndrome compared to those who ate less processed noodles regardless of their exercise habits or their overall diet.

Women who consumed noodles more than two times in a week were at a high risk of getting metabolic syndrome where symptoms such as high blood pressure, high fasting triglycerides, central obesity, reduced HDL cholesterol levels, and high fasting blood sugar can be felt. Experiencing three or more of these symptoms puts you at a high risk of developing cardiovascular disease as well as diabetes. Previous research also showed that the overall nutrient that was taken in between non-consumers and consumers of instant noodles showed that those who ate instant noodles weren’t getting any nutrients. The results also showed that those who consume instant noodles had lower intake of essential nutrients such as calcium, iron, vitamin A, vitamin C, protein, phosphorus, niacin, and potassium compared to those who don’t eat instant noodles. What’s more, consuming instant noodles showed an excessive intake of sodium, energy, and unhealthy fats.

What can be found in a Pack of Instant Noodles?

Aside from the additive TBHQ and plenty of sodium, what else is there in a package of instant noodles? According to the report of Prevent Disease, the dried noodle was first created by flash frying the cooked noodles which is a technique applied in Asian countries while Western countries preferred noodle blocks that were air-dried. Among the main ingredients for instant noodles were salt, wheat flour, and palm oil. Sugar, monosodium glutamate, salt, and seasoning were the common ingredients for the flavoring.

The Korea Food and Drug Administration (KDFA) discovered Benzopyrene in six brands of instant noodles manufactured by the Nong Shim Company Ltd. in June 2012. Although the amounts were too small and weren’t dangerous according to the KDFA, Nong Shim did find certain batches of noodles that had problems which needed to be recalled back in October of 2012.

One reason why it is better to avoid eating instant noodles is because of its MSG or monosodium glutamate content. MSG, which is an excitotoxin, overexcites the nerve cells up to the point of causing damage even death, which in turn causes brain dysfunction as well as damage to various degrees that can cause learning disabilities such as Lou Gehrig’s disease, Alzheimer’s, Parkinson’s and others. Free glutamic acid is also part of the problem since it is the same neutrotransmitter that the nervous system, brain, pancreas, eyes, and other organs require to initiate various processes in the body not to mention that MSG is actually used to fatten up lab rats for scientific purposes. This means that MSG is actually the perfect drug for obesity. You should avoid consuming foods high in MSG especially if you want to maintain your body weight.

Return to Eating Whole and Living Foods for the Best Health

Although eating instant noodles occasionally won’t necessarily kill you, if you keep on going for fast food instead of real food, it won’t be long before you suffer from various health problems. Instant noodles are actually one of the best examples of processed foods that you should avoid because they are guaranteed to make you fat and sick especially if you consume too much of it in a week. Processed foods can cause chronic diseases as well as weight gain due to their fructose, artificial ingredients, sugar, and refined carbohydrates not to mention they are low in fiber and other nutrients. They are also quite addictive and are designed to make you eat more due to food cravings causing you to go beyond your ideal weight. Eating too much processed foods can also cause chronic inflammation as well as resistance to insulin which can lead to serious and chronic diseases.

If you’re going to think about it, people were used to eating meats, vegetables, fruits, eggs, and other whole foods for the past centuries while processed foods were just invented recently. The best way to avoid eating processed foods is to plan your meals ahead. Check out what your local farmers are selling so you can have an idea on what meals to prepare. The same technique can be used when buying in your local grocery. Plan your meals for a week so you can buy the necessary ingredients and prepare them ahead of time.

How Does Onion Help In Hair Growth? 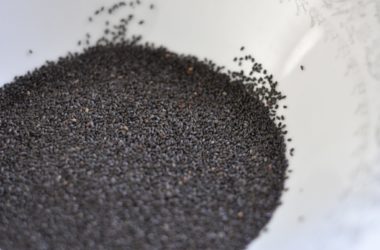 Tukmaria Seeds — Their Health Benefits and Differences from Chia Seeds 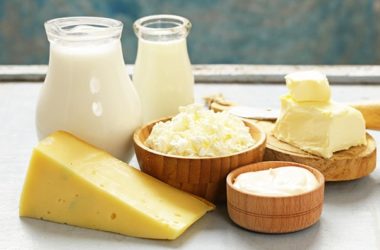 Foods to Avoid If You Have Anemia

There are foods that can help beat anemia. But then there are also those that can keep it… 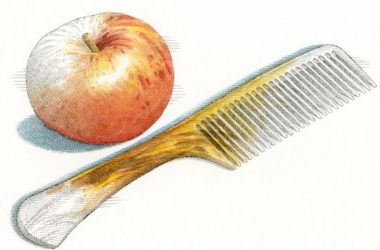 There’s little this fermented-fruit tonic can’t do. Steal a few of our favorite ways to take advantage of…