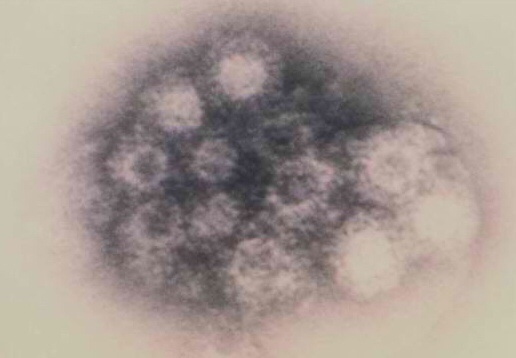 Lower Bad Cholesterol and High Blood Pressure with This Concoction

5 Facts about Cellulite You Must Know Doctors started noticing an increase in children with severe colds and troubling breathing in mid-August, said Dr. Jason Richerson, medical director of USA Children’s & Women’s Evaluation Center. Since then, more than 340 children have been treated at the hospital. Around 45 of them were admitted.

Doctors told WPMI that these patients are usually in the hospital for one to two days; others are being treated and released the same day.

Enteroviruses are quite common in September; the Centers for Disease Control and Prevention estimates 10 to 15 million people are infected by these viruses each year. But doctors believe a particular type of enterovirus, Enterovirus D68, is causing more problems this fall than in years past.

Enterovirus D68 seems to be exacerbating breathing problems in children with asthma, which is leading to more hospitalizations.

As of September 11, more than 80 people in six states have been confirmed to have respiratory illness caused by EV-D68, according to the CDC. These states are Colorado, Illinois, Iowa, Kansas, Kentucky and Missouri.

The virus is hard to track, as so many enteroviruses cause similar symptoms, and hospitals generally do not test for specific types.

The Alabama Department of Public Health has not confirmed any cases of Enterovirus D68, but has sent samples to the CDC for testing.

“We do not expect results for one to two weeks,” the department told CNN.

Other states, including Michigan, Georgia, Ohio, Oklahoma, Utah and Washington, are still investigating clusters of respiratory illnesses. Several have sent samples to the CDC for testing.

On Thursday, health officials in Washington state said they were working with Seattle Children’s Hospital to investigate a group of patients who had tested positive for a possible enterovirus infection. The King County Department of Public Health has sent samples to the CDC to see whether the virus at fault is Enterovirus D68.

“Although we can’t currently say that these cases are definitely due to EV-D68, it would not be surprising if the virus is confirmed on further testing,” Dr. Jeff Duchin, chief of communicable disease and epidemiology at the department, said in a statement.

Enteroviruses usually present like the common cold; symptoms include sneezing, a runny nose and a cough. Most people recover without any treatment. But if your child appears to be having trouble breathing, take him or her to a doctor right away.