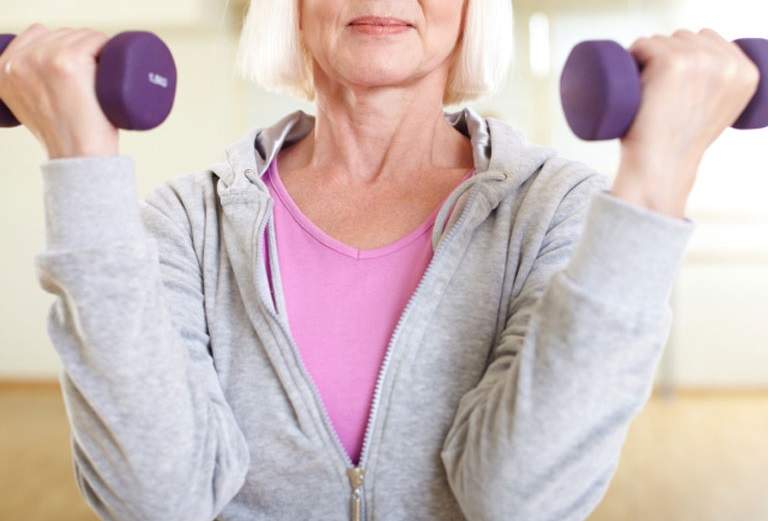 Ways to Increase Your Happiness

How to Make Tahini at Home (And Reasons to Eat It Too!)

Experts say that it is in your late 30s to early 40s that your muscle mass peaks — your muscles tend to be at their biggest and strongest. From there, however, you gradually lose muscle mass. This is something called sarcopenia, or loss of muscle mass related to the process of aging. No one is impervious to it; both active and inactive adults are subjected to it — of course those who lead sedentary lifestyles tend to lose muscle mass at a much faster rate.

Sarcopenia can cause problems such as weakness and decreased stamina, which can leave the affected individual less physically active. With decreased physical activity, more muscle mass is lost — it’s actually a nasty cycle! Sarcopenia, it is said, tends to peak at age 75, although it may also start speeding up anywhere between the ages of 65 to 80.

Experts say that being an inactive individual puts you at risk of losing 3 to 5 percent of your muscle mass for each decade that passes once you are past 30 years old. It may not sound a lot, but the amount can add up.

Lack of exercise or being inactive physically is not the only factor to blame for sarcopenia, suspect the experts. That’s because of the fact that even those who are exercising on a regular basis or are always on their feet tend to lose muscle mass as well, though at a slower rate. The following things are also believed to contribute to sarcopenia:

Sarcopenia is a condition that not only makes adults lose muscle mass, but also leaves them at risk of accidental falls and bone fractures. Weakness and the reduction of the amount of muscles that support the bones can leave an individual prone to getting injured. In other words, sarcopenia can be a considerable factor in the morbidity, high health care costs and decrease in quality of life in the elderly.

To date, there is no medical treatment available for sarcopenia. However, there is a particular drug that is currently being studied, and it’s called urocortin II. Administered intravenously, it helps stimulate the production of what’s known as adrenocorticotropic hormone or ACTH which helps keep the muscles from shrinking.

Hormone replacement therapy or HRT is also being considered, but it has a few major setbacks — HRT can cause cancer and many other health problems. Experts are also investigating the effectiveness of testosterone and human growth hormone supplements, as well as drugs for metabolic syndrome against sarcopenia.

There are a few things that you may do in order to considerably slow down sarcopenia and even ward off loss of muscle mass. Below are some of your best defenses against sarcopenia: