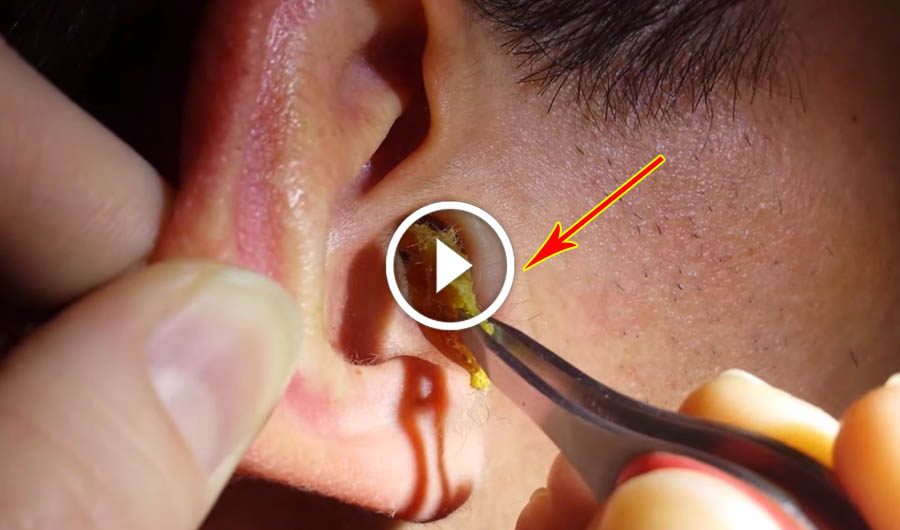 An object that is stuck inside the ear is a fairly common problem, particularly in children in their toddlerhood. Small objects may be lodged in the ear canal, which is quite sensitive, so it can be easily determined if something is in one’s ear. Adults can easily know if there is something inside the ear, but children cannot.

According to Medicine Net, most objects that get stuck inside the ear are put there by the person. In fact, children aged nine months to eight years, who are learning about their bodies, interesting objects, and their environment, are usually the ones who have this ear problem. They tend to place small beads, food like beans, paper, cotton swabs, rubber erasers, and small toys, which are regarded as the typical foreign bodies.

Insects can also fly or crawl into the ear canal, which could happen while sleeping on the floor or outdoors, as per Medicine Net. According to the publication, this could be terrible because the buzz and movement of the insect is very loud and painful at times.

According to Mayo Clinic, the person’s head is tilted so that the ear with the insect is upward. Mineral oil, olive oil, or baby oil can be poured into the ear, as this would suffocate the insect and float out in the oil bath. The publication also said that the ear canal can be straightened for the oil is poured into the ear. The earlobe is pulled backward and upward in adults while backward and downward for a child. It is also noted that the oil should be warm but not hot and it should only be used to remove any object other than an insect. In addition, pouring oil into the ear should not be done if ear tubes are in place and if the eardrum may be perforated. Signs of ear perforation include ear pain, bleeding, or discharge.

Alcohol can be used to get the insect out of the ear. According to Hub Pages, a cotton ball wet with alcohol is squeeze to let alcohol droplets go through the ear. However, the publication said that this might sting and could be painful. In addition, the smell of the alcohol would pressure the insect to come out and it could also disinfect the ear. A bulb syringe and warm water can also be used to irrigate an object out of the ear canal. This can also be done if there are no ear tubes in place and if the ear drum is not perforated.

The ear should not be probed with a tool. According to the University of Rochester Medical Center, poking the insect with a cotton swab, match sticks, or the like, should not be done, as doing so may push the insect further into the ear canal and result to middle ear and eardrum damage. Additionally, fragile structures of the middle ear could be damage, which may lead to disorders in hearing and balance.

It is important to not put one’s finger inside the affected ear. According to Medline Plus, doing so may trigger the insect to sting, which may cause worse problems. If the insect comes out, one should call medical attention because small insect parts can irritate the sensitive parts of the ear canal.

Aside from foreign objects and insects, ear wax can also be a problem when it comes to ear health. It can be a problem when it builds up in the ear canal, blocking the passageway and causing hearing loss and/or pain. Cotton swabs like Q-tips, when used excessively, can push the wax and skin cell debris further into the canal.

Overall, if a person is not sure on the potential or harm that may be induced by the foreign object or insect in the ear, immediate medical consult is advised.

Yeast and Parasites: The Problems They Bring and Ways to Have Them Eliminated Naturally