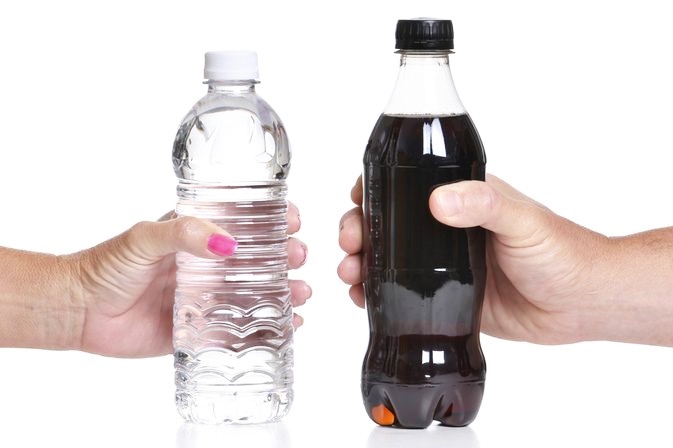 Get to Know the Dangers of Thirdhand Smoke

Aging is a natural process and one that we will experience as we age. Fine lines, wrinkles, sagging skin, you name it, you'll see...
Read more
Skin Care

Things to Avoid If You Have Oily Skin

If you cannot clearly see your face in photos taken with your friends because it is reflecting a lot of light, you certainly have oily...
Read more
Home Remedies

Although they do not put your health at risk whatsoever, chigger bites can be really annoying. That's because they tend to itch like crazy...
Read more
Linda Beckman

Soda was invented in the 1790s, and since then many confessed that they are hooked on it. Wondering what would happen if you ditched water and instead drank soda? Well, there really is no need for you to find out for yourself because this article will tell you some of the things that would certainly happen if you did that.

Provided that you’re given a clean bill of health by your doctor, then perhaps it’s perfectly fine for you to drink soda once in a while. However, consuming it all the time is a no-no whether or not you’re in the pink of health.

Sugar, phosphoric acid, citric acid, bisphenol-A, artificial flavorings and colorings — these are some of the most health-wrecking ingredients found in soda, and that’s why drinking it on a regular basis can do all sorts of damage to your body, many of which can easily lead to different serious complications.

Without further ado, here are the things that would happen if you drank soda instead of water:

You Would Have Cavities

Soda contains artificial colorings that can leave a nasty stain on your teeth. If you replaced water with soda, it’s not unlikely for your smile to end up being very unattractive in just a few days.

But having discolored chompers are the least of your dental-related concerns if you choose to drink soda instead of water. According to dentists, the high acidity of soda can wreak havoc on the enamel, which is the protective covering of your teeth. High levels of sugar in soda work together with phosphoric acid and citric acid in damaging the enamel. It’s exactly for this reason why cavities would mar your smile if you replaced water with soda.

READ  Natural Remedies from Your Kitchen Doctors Swear By

You Would Have Weak Bones

It’s not just your teeth that would suffer if you ditched water and glugged down soda instead, but also your bones. It all has something to do with poor absorption of vitamin D, say the experts.

You see, vitamin D is an important role player in the strengthening of the bones because it assists the body in absorbing calcium. Without vitamin D, the intake of calcium-rich foods and calcium supplements for the prevention of osteoporosis is practically useless. Numerous studies have shown that the regular consumption of soda can interfere with vitamin D absorption, which ultimately leads to poor absorption of calcium.

You Would End Up Overweight

Because soda is loaded with sugar, it doesn’t come as a surprise why it’s for certain that you would end up overweight or obese if you consumed soda instead of water, most especially if you are sedentary.

READ  5 Healthy Foods that Contain More Potassium Than a Banana

Does this mean that you could avoid ending up packing a lot of excess pounds if you went for diet soda instead of regular soda on a regular basis? Well, scientists say that artificial sweeteners can make you fat just like sugar. That’s due to the fact that a lot of investigations have revealed that artificial sweeteners could mess with the metabolism, and even encourage the accumulation of fat most especially in the midsection.

You Would Have Diabetes

If you drank soda instead of water, you would end up suffering from diabetes. Supplying your body with lots and lots of sugar can make it resistant to insulin, thus high levels of sugar remain in the bloodstream.

Having diabetes is something that can cause many different complications, most especially if you fail to put it under control. For instance, you may end up with high blood pressure or hypertension, and when that happens you may end up with heart disease, too. Diabetes can also damage your nerves, kidneys and even eyes. If you’re really unlucky, it can also harm your feet that can lead to the need to have them amputated.

Weight loss is something that we all struggle with. Sometimes we are successful in reducing our weight but more often than not, the number...
Read more
Home Remedies
READ  Amazing Health Benefits of Anise

Make Your Own Throat Lozenges at Home

Sore throat can be due to a lot of things. It is one of the symptoms you experience when you have colds or flu....
Read more
Daily Health Tips

Your elbow joint actually consists of three different bones. Getting your elbow fractured may involve a break in any one or all of them...
Read more
Daily Health Tips

Although relatively harmless, mouth ulcers can be a real pain in the neck each time they're around. These are sores that appear in the...
Read more
Home Remedies

Boils are annoying, like my neighbor. Boils share the same appearance with pus, but boils are bigger and harder. They have been around since...
Read more
Load more

It is possible for tumors to develop within the spinal canal. In some instances, they may form within the bones of the spine, which...
Read more
Hair Care

Getting highlights in your hair is a great way to add style and dimension without getting your whole hair done. Though, deciding which highlight...
Read more
We use cookies on our website to give you the most relevant experience by remembering your preferences and repeat visits. By clicking “Accept”, you consent to the use of ALL the cookies.
.
Cookie settingsACCEPT
Privacy & Cookies Policy