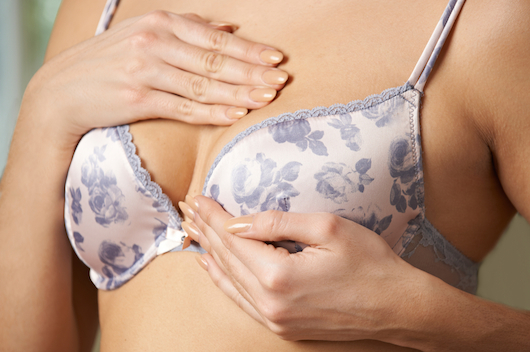 It’s true that finding a lump in your breast can be a nerve-racking moment. However, it’s important for a woman like you to know that not all growths in the breast are cancerous. There are various kinds of lumps that are benign or non-cancerous, and some of them are known as fibroadenomas.

Women under 30 years of age are likely to develop fibroadenoma. In fact, it is regarded as the most common type of lump in the breast, although it is more frequently observed in African-American women. Commonly painless, it might feel like a marble — though somewhat rubbery — lodged in the breast tissue, moving under your skin when touched. The size varies tremendously. Some of them are simply too small to be felt.

Fibroadenoma may grow in size or even shrink on its own. It is important to have the growth monitored for changes in the size and feel. Sometimes biopsy of the lump and surgical removal may be warranted.

Causes and Risk Factors
Medical authorities do not really know the exact cause of fibroadenoma. However, hormones such as estrogen are said to be a major role player in the development of fibroadenoma. The growth may increase in size during pregnancy. It often shrinks when menopause strikes due to the reduced levels of hormones in a woman’s body. As earlier mentioned, it is possible for fibroadenoma to shrink without treatment.

It’s not unlikely for women during their reproductive years to develop fibroadenomas. Experts say that women who take oral contraceptives before they hit 20 years of age are at higher risk of developing the condition.

Symptoms
Having fibroadenoma is similar to having a marble in the breast. Painless and easily shifts position when touched, the growth has a firm or rubbery feel to it, and has a distinct border. Sometimes it may be too small to be felt, detected only when you undergo diagnostic tests such as an ultrasound or a mammogram.

Second, there’s complex fibroadenoma. Just like what the name says, this growth features other cells or structures such as fluid-filled sacs known as macrocysts and calcium deposits medically referred to as calcifications. According to the experts, women with complex fibroadenomas are up to 2 times at greater risk of breast cancer than women who don’t have them.

READ  Why Include Sweet Potato Leaves in Your Diet?

Medical Treatment
Removing fibroadenoma upon detection is not always necessary. The most sensible move to make after finding the presence of the growth will depend on various factors. They include your family history, symptoms encountered and your personal decision. Fibroadenoma that doesn’t change in size or is found out to be benign may require no removal. However, close monitoring via an ultrasound or a mammogram is warranted to detect suspicious changes.

Removal of fibroadenoma typically depends on certain factors. One of them is if it causes pain. Removal of the growth may be a good idea if it impacts the natural shape of the affected breast. Having family history of breast cancer and receiving suspicious biopsy results may also call for the removal of fibroadenoma. Do take note, however, that one or more growths may show up once again after the removal.

Home Remedies
There are a handful of home remedies that are said to be effective against fibroadenoma. Some of them include eliminating meat in the diet as well as food products with estrogenic compounds such as soy and milk. You should also avoid anything that’s laden with sugar or contains refined four or grains. Opting for organic food is also a wonderful idea.

3 Easy Ways To Get Rid Of Acne Scars And Blemishes

Here are the Reasons Why Herring is Good for You