What You Need to Know About Systemic Actinomycosis

Systemic actinomycosis is a chronic bacterial infection. The condition causes the soft tissues of the body to develop sores and abscesses. The symptoms of systemic actinomycosis usually appear on the mouth, throat, nose, lungs, stomach and intestines. It is possible for the sores and abscesses to show up on any other part of the body of the infected individual, but only if the integrity of the skin isn’t intact.

The condition is very rare especially in the United States but is common in tropical regions. Several years ago, it was thought that systemic actinomycosis is caused by a fungus because the infection tends to spread very slowly, something very common among fungal infections. Eventually, experts found the condition to be caused by a bacterium.

Cause of Systemic Actinomycosis

The condition is primarily caused by a type of bacterium called Actinomyces israelii. It can be found naturally in parts of the body such as the nose and throat. On its own and in normal amounts, the bacterium won’t cause any problem such as an infection. However, the presence of other microorganisms may result in systemic actinomycosis.

Actinomyces naeslundii, Actinomyces viscosus and Actinomyces odontolyticus — these are the other bacteria necessary to be present to make Actinomyces israelii capable of wreaking havoc to the health. Unlike Actinomyces israelii, these other microorganisms are not naturally present in the body. They tend to get to your system via a break in the skin and upon coming into contact with them or anything contaminated with them.

One of the most common symptoms of the bacterial infection is what’s known as lumpy jaw. Just like what the name pretty much says, the person suffering from systemic actinomycosis has a lump in the jaw. Although this lump does not cause any discomfort, what makes having lumpy jaw painful is the skin abscess that eventually develops where the lump is. The abscess usually starts out as a reddish/bluish patch of skin on the site, resembling a typical bruise.

It’s possible for a lump to also appear on the neck and face of the afflicted person. He or she may also suffer from skin sores that ooze. It’s not unlikely for the individual to exhibit weight loss as well as sinus drainage, coughing and chest pain. Because systemic actinomycosis is a bacteria infection, the person who has it also has fever.

The sores and abscesses brought about by the condition starts to appear in the body’s soft tissues such as the mouth and nose. If left untreated, it is very much possible for systemic actinomycosis to spread to various parts of the body.

Some of the places where the bacterium responsible for the infection may spread are the bones. The affected individual may have to undergo surgery in order to remove bone parts that are already infected. For instance, the damaged bones of the sinuses as well as the surrounding tissues may have to be removed surgically if the infection has widely spread.

It is also possible for the infection to spread to the brain. When such condition happens, meningitis occurs. Meningitis is the infection of the brain’s meninges (membranes that enclose the brain). Symptoms of meningitis include fever, drowsiness, severe muscle pain, vomiting, confusion, irritability and a stiff neck.

As earlier discussed, the condition is common in tropical areas. However, it doesn’t mean that you are completely insusceptible to the bacterial infection if you live elsewhere.

One very common risk factor of the condition is oral abscess as the bacterium that causes it is given easy access to the soft tissues of the body. Women who resort to the use of intrauterine device (IUD) for birth control purposes are also at high risk. You are also at risk of getting infected if you are malnourished or has a weak immune system brought about by some illnesses or the intake of certain medications.

Antibiotic therapy for several months or even years is the primary treatment of choice for systemic actinomycosis. High doses of penicillin are usually administered to the individual afflicted with the infection. Someone who is allergic to penicillin is given other types of antibiotics such as erythromycin, clindamycin or tetracycline.

Surgery is commonly performed in order to drain the puss from the abscesses brought about by the condition. There are also cases when going under the knife is necessary in order to remove infected bones and tissues of the body.

The removal of the IUD of a woman who is suspected to have systemic actinomycosis has to be done. This is especially true if she is showing signs and symptoms of the bacterial infection such as pain in the lower abdominal area, or abnormal vaginal bleeding or discharge. 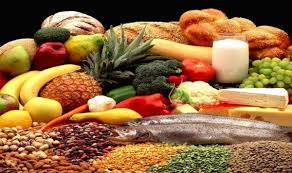 Continued from the previous post. 6. Apples An apple a day helps keep weight gain away, and there’s… 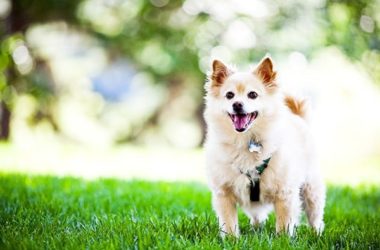 Coconut oil is quite popular nowadays because it can be used for cooking, as supplements, and even deodorant…