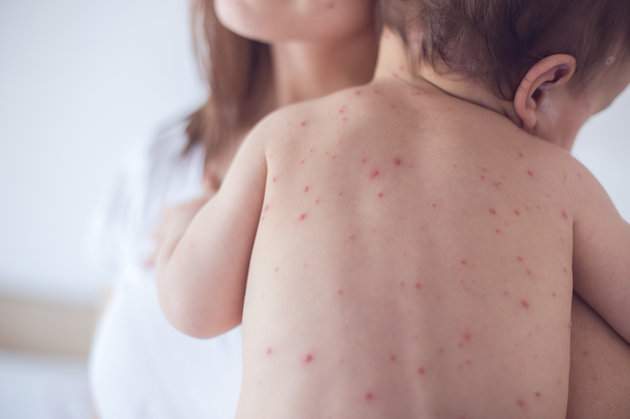 Wake up your taste buds! Cooking with herbs and spices will enhance the flavor of healthy foods without adding fat, salt, sugar, or calories....
Read more
Home Remedies

Dark neck can be unsightly and can be a source of insecurity. Don’t worry though, there are easy homemade remedies you can do at...
Read more
Weight Loss

Are you frustrated because you can't make the bathroom scale reading to shift? Are you planning on taking water pills because you've read or...
Read more
Daily Health Tips

Lutein is a type of antioxidant, in particular a carotenoid that gives certain fruits and vegetables their beautiful colors. And speaking of colors, lutein...
Read more
Linda Beckman

First things first: subacute sclerosing panencephalitis or SSPE is a deadly disease. According to experts, a person who is diagnosed with it may die in 1 to 2 years, although some people with SSPE were lucky enough to live a little longer. Continue reading to know some of the most crucial things you need to know about SSPE.

What is the Cause of SSPE?

SSPE is brought about by the same virus that causes measles, which is the rubeola virus. Needless to say, those who get measles may be at risk of ending up with SSPE. But there is no need for you to panic right this instance — just because you or someone you loved had measles doesn’t mean that SSPE is inevitable.

Is SSPE a Widespread Disease?

For your peace of mind, SSPE is a very rare disease. This is especially true in areas of the world in which vaccination programs for measles are widely implemented. However, from time to time, SSPE still strikes in developed countries. For instance, it is said that less than 10 cases of it per year are reported in the US.

Will I Get It If I Had Measles?

Just like what’s mentioned earlier, not all people who get measles will end up with SSPE. To date, experts do not really know why some people who had measles develop SSPE while others don’t. However, they do suspect that it may be due to a person’s immune response or mutated forms of the rubella virus present in the individual’s body.

Who are at Risk of SSPE?

Those who had measles are at risk of having SSPE because they are exposed to rubeola virus, the pathogen responsible for both measles and SSPE. Experts say that SSPE is more common in children and young adults. Further, they add that being female is a risk factor for SSPE.

What Happens When There’s SSPE?

Per se, the rubella virus does not have any effect on a person’s brain. What it does, however, when it’s present is cause the classic symptoms of measles to appear — fever, sore eyes, white spots on the skin, fatigue, etc. But when SSPE strikes, the brain of the individual then becomes affected, which ends up irritated and inflamed.

What are the Symptoms?

Since the brain is affected, it’s not unlikely for someone with SSPE to have behavioral changes. Children with SSPE may have problems with school because the cognitive ability is also affected. Seizures and weakness of the leg muscles are also experienced. Loss of vision may happen as well. Some people with SSPE may become comatose.

Is SSPE Really That Deadly?

According to medical professionals, SSPE is in fact a deadly disease. Commonly, death happens when the brain becomes unable to control the autonomic nervous system due to its irritation and inflammation. When the heart fails to function because of this, death is inevitable.

How Long Before Someone with SSPE Dies?

Experts add that someone who is diagnosed with SSPE may die in a year or two. However, some people with SSPE were able to live longer. There are drugs that a doctor may prescribe to help in managing the symptoms as well as slowing down the progression of the deadly disease.

Is There a Cure for SSPE?

To date, there is no known cure available for SSPE. It’s important to note that drugs administered to those with SSPE are meant to help manage the symptoms. Others are very good at slowing the disease’s progression. The only known way to keep SSPE from striking is to get vaccinated against measles to shield the body from the rubeola virus.

Can an Adult Also Get Vaccinated?

It’s true that measles vaccines are commonly administered to children. However, adults may also get vaccinated, so it’s never too late for anyone to get protected from measles which could cause SSPE. Again, the only known way to keep SSPE from striking is by getting yourself vaccinated.

Lettuce, with the scientific name of Lactuca sativa, is one of the vegetables commonly eaten by man. Coming from the family Asteraceae, lettuce originated...
Read more
Healthy Recipe

Pancakes are one of the most popular breakfast choices since they contain minerals and vitamins that your body needs to start your day right....
Read more
Home Remedies

Many people who experience pain and stiffness of the ankles simply blame it on aging or a previous injury. However, they may already have...
Read more
Diet and Exercise

Despite of being commonly used as toppings and sprinkles, seeds are actually some of the most nutritionally-dense foods on the face of the planet....
Read more
Healthy Recipe

In the field of health and fitness, protein stands as the most needed macronutrient when compared to the level of need for carbohydrates and...
Read more
Load more

Essential Information on MRSA and Home Remedies for It

MRSA, also known as methicillin-resistant Staphylococcus aureus, is oftentimes referred to as superbug due to the fact that it is resistant to a wide...
Read more
Daily Health Tips

Pineapples are one the most used fruit in the world. It can be used in cooking, garnishing, and home remedies. Pineapples are essential to...
Read more
We use cookies on our website to give you the most relevant experience by remembering your preferences and repeat visits. By clicking “Accept”, you consent to the use of ALL the cookies.
.
Cookie settingsACCEPT
Privacy & Cookies Policy