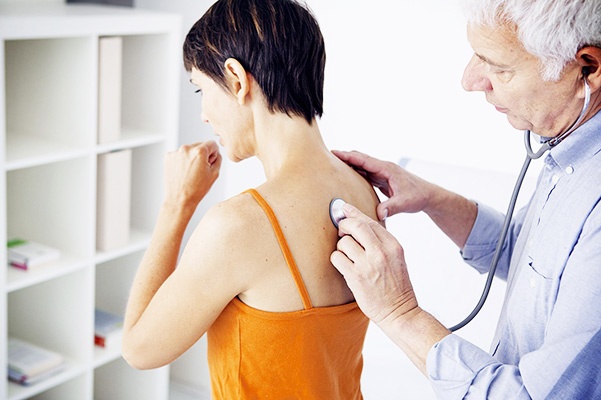 How to Do a Digital Detox

Your bronchial tubes are airways that take air that enters your nose or mouth to your lungs. In some instances, these tubes become irritated and inflamed, which can make them tighter and less efficient at guiding air to and fro your lungs — it’s what doctors are calling bronchitis.

If you like to learn some of the most important things about bronchitis such as the two different kinds of it and their respective causes, read on. Don’t forget to share this article afterwards so that your family and friends may get to know more about bronchitis, too.

There are two types of bronchitis — acute and chronic. Based on the name alone, it’s apparent that acute bronchitis is something that appears quite suddenly and may also go away in no time. On the other hand, chronic bronchitis is the kind that develops over time. Doctors say that it’s irreversible, too.

Acute bronchitis is actually more common than you think. Anyone who can suffer from the cold or flu may end up with acute bronchitis — the virus responsible for the common cold or influenza is also the one that can cause acute bronchitis. There are instances, too, in which the problem is bacterial.

Usually, acute bronchitis lasts for about a week only and does not cause any other problem. Some of the things you may experience if you have acute bronchitis include chest pain, dry cough, and increased production of mucus. It’s possible for you to have or not have low-grade fever.

Acute bronchitis is something that can be remedied at home through some all-natural approaches, like drinking plenty of water, consuming vitamin C-rich foods and taking lots of rest. It’s a good idea to also seek the help of a doctor to ensure that no complication will arise.

On the other hand, chronic bronchitis is something that requires treatment because it tends to progress. Unfortunately, it is irreversible — the damage to the airways is permanent. It’s important to work with a specialist in order to help slow down the progression of chronic bronchitis.

READ  12 Weird Health Tips You Should Try That Really Work

The intake oral steroids is commonly administered to reduce inflammation of the airways. There are also bronchodilators around to help widen the airways. If there is bacterial infection, a doctor may prescribe antibiotics. Supplemental oxygen may be warranted in order to maintain normal levels of oxygen in the blood.

Just because what you have acute bronchitis only doesn’t mean that you are out of the woods. According to experts, repeated bouts of acute bronchitis may actually lead to chronic bronchitis. This is especially true if you are a smoker, or you remain exposed to irritants.

Keeping the immune system up and running is one of the best ways to keep acute bronchitis from striking. It’s definitely also a good idea for you to limit your exposure to pollution and fumes and chemicals that can cause irritation and inflammation of the bronchial tubes

Sourceverywell.com
Previous articleHow Can I Stop My Addiction to Salty Foods?
Next articleThings to Avoid If You Have Jock Itch

Homemade Toothpaste That Can Beautify Your Smile and Stretch Your Budget

Tips on How to Protect Your Skin Against Sun Damage