Why You Should Stop Vaping Now 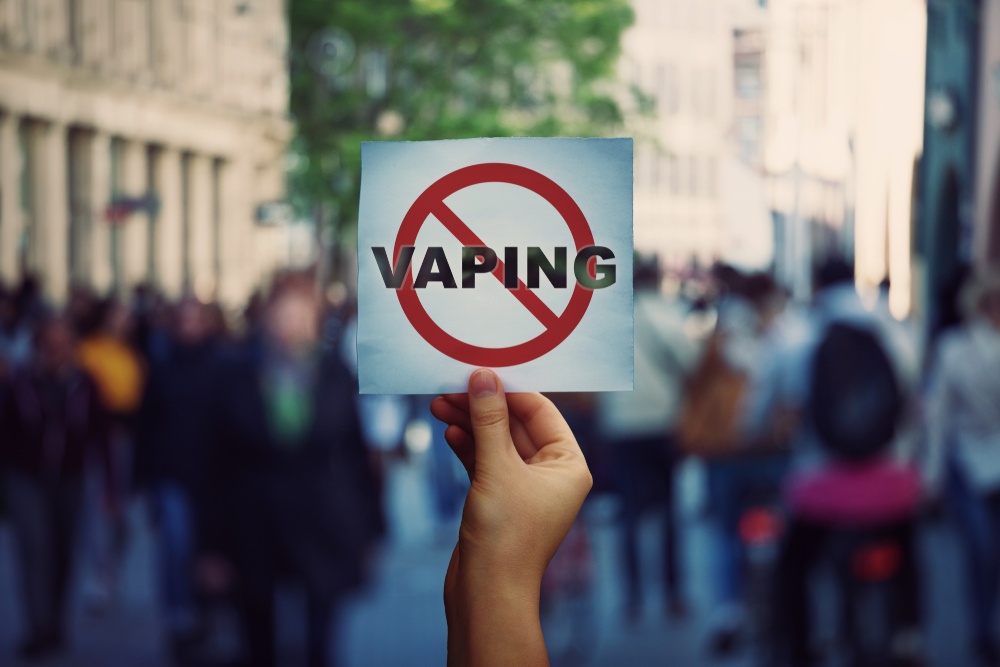 There is no doubt that vaping has gained plenty of traction amongst non-smokers and smokers alike. Vaping is basically inhaling and exhaling the vapor which is produced using an electronic cigarette or a device that is used for heating up the liquid like vape pens or personal vaporizers. The e-liquid that is used here often contains vegetable glycerin-based liquid or propylene glycol, with flavoring, nicotine, and other substances with the exception of tobacco which have some effects to a smoker’s overall health.

Smoking poses a threat to our health with its long-term effects documented thoroughly which include higher risk of lung cancer as well as heart disease and stroke. The Center for Disease Control has already stated that cigarette smoking causes 1 out of 5 deaths in the United States alone. For those who are trying to quit smoking, e-cigarettes seem to be a good option. This doesn’t mean that there is no risk involved when smoking e-cigarettes, even when the liquid used doesn’t contain the same amount of nicotine that is present in regular cigarettes.

Side Effects of Vaping

As with any new substances introduced to the body, there are various side effects that can be felt when vaping for the first time. Here are a few that are worth taking note of:

We all know that secondhand smoke is dangerous not only to the health of smokers, but also to those who inhale the smoke. But what about secondhand vapor? Although secondhand exposure to vapor from e-cigarettes is not as toxic as secondhand smoke, it still poses a threat to one’s health.

This is due to the fact that secondhand vapor contains volatile organic compounds, particulate matter, and nicotine at levels that go beyond the recommended amount. Although more research still needs to be done on the long-term effects of being exposed to secondhand vapors from e-cigarettes, it seems that the side effects of vaping has taken a more serious note.

What Health Officials are Saying

Vaping has certainly increased in demand recently as more and more people start to enjoy this new form of smoking, but is it really safe? The CDC has certainly released an advisory to those who smoke e-cigarettes to avoid using them as there have been a spike in unnatural lung illness that is linked to its use until they have concluded their research. There are already 215 possible cases of lung problems linked to smoking e-cigarettes in 25 states in the country, but the main cause is still being investigated.

In Milwaukee, its health department has released a sterner warning to e-cigarette users where they advised them to stop smoking immediately. They have reported that there were 16 cases already of lung disease linked to the use of vape products.

Even though health experts are still conducting an investigation on the possible link between the mysterious lung disease to vaping, the use of e-cigarettes should not be allowed for youths, young adults, women who are pregnant, or even adults who aren’t using any tobacco-related products. E-cigarette products can be easily bought off the street which can be hazardous as they are not regulated or licensed. The same goes true when you modify your device to give you more hit or mix substances that aren’t designed for the device that you are using.

CDC further stated that those who vape should monitor their bodies for any side effects like shortness of breath, coughing, or even chest pain. If they do appear, they should head to the hospital as soon as possible.

Officials are still investigating as to the brands as well as types of e-cigarettes may have triggered this mysterious illness that is spreading to various states in the United States. There are several patients who reported that they were vaping THC laced products before they started feeling sick. It’s still unclear if the cases have a common denominator or if the patients are suffering from different diseases that have the same symptoms according to the CDC.