What Will Happen If You Quit Consuming Processed Meat? 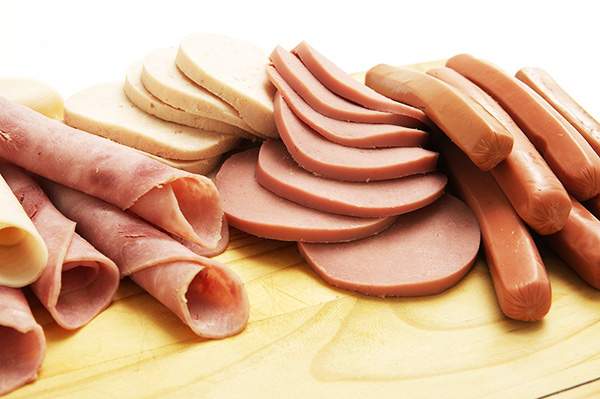 Let’s not deny the fact that processed meat tastes wonderful. They also make life in your kitchen a hassle-free one. However, it also cannot be denied that the consumption of processed meat is bad for you. Mainly, it’s all because of the loads of sodium and chemicals they contain.

Before we tackle some of the perks of staying away from processed meat, let us first discuss what processed meat actually is so that you will be able to tell apart processed and unprocessed meat the next time you are at your favorite supermarket, thus allowing you to make smarter and definitely healthier choices.

Simply put, any kind of meat that has been preserved regardless of the method (salting, drying, smoking, curing, canning, etc.) is considered as processed meat. Some of the most common examples are sausages, hot dogs, bacon, ham, beef jerky, corned beef, salami, luncheon meat, and anything that’s canned.

On the other hand, meat is considered unprocessed if it has not undergone any of the preservation methods mentioned above. Do take note that frozen meat is regarded as unprocessed meat. The same is true with something that has undergone mechanical processing only, such as slicing, dicing and grinding.

Your Blood Pressure Will Normalize

Processed meat, especially the kind that is dried and preserved with the use of salt, is loaded with sodium. We all know that too much sodium in the diet is bad for the cardiovascular system in a way that it can cause the blood pressure to increase. In moderate amounts, sodium is fine. It’s a different story, however, if too much of it is introduced into your body, such as in the case of consuming sodium-packed processed meat.

Of course staying away from processed meat and other foods high in sodium is not the only thing that can help normalize your blood pressure. Having a healthy diet and getting your regular dose of exercise are very important for its prevention, too. If you already have it, then it’s important to follow your doctor’s orders.

READ  Diabetes Insipidus: A Type of Diabetes You May Haven't Heard About Yet

Your Heart Disease Risk Will Decrease

READ  How to Increase Endorphins Naturally

One more reason why cutting back on or completely avoiding processed meat can help decrease your risk of heart disease is because the said food product is packed with bad cholesterol. The consumption of too much bad cholesterol is a terrible idea because it can clog up the arteries, potentially cutting the supply of oxygenated blood to the heart muscles, and this is something that can lead to angina and even a heart attack.

Your Likelihood of Cancer Will Decrease, Too

There are many chemicals found in processed meat that are linked to the development of various types of cancer. One of the said chemicals is sodium nitrite, which is added as a way to preserve the food product, make it stay pink or red, as well as to enhance the flavor.

Scientists say that exposing sodium nitrite to high temperatures (frying, roasting, grilling, etc.) causes the formation of the so-called nitrosamines which, according to animal studies, may increase stomach and colon cancer risk.

Sourceeatthis.com
Previous articleDon’t Let Diarrhea Disturb You: Effective Home Remedies for It
Next articleWhy is Your Stool Black? Read on to Know the Answer!