Worst Illegal Drugs in Existence and Their Adverse Effect (Part 1)

Documents upon documents have reported that around 25 million pre-teens have or are currently using illegal drugs. And sadly, there are more than 200, 000 that die from drug abuse. Those that survive and come out of drug addiction are constantly struggling the aftermath of their drug use. The most alarming thing about it is that these illegal drugs are still being marketed on the streets and they are getting stronger each year. Below are the known drugs prohibited by law and are in listed in random order.

Usually in crystalline form that resembles bluish white shards of glass or powdered form depending on its purity. The powdered form can simply be sniffed, swallowed (pill form), snorted or even mixed with a liquid and administered through injection. This synthetic stimulant releases an increased amount of dopamine or the pleasure chemical inducer in the brain. This creates as euphoria but is automatically followed by a “crash”. More often than not, users become edgy, paranoid, afraid or overly excited after the euphoria diminishes.

Effects on Health: Short term effects include rapid breathing, increased or irregular heartbeat and a spike of the blood pressure and temperature. Continued use especially when administered through needles can drastically increase the occurrence of HIV and/or AIDS, Hepatitis B and C. And it does not stop there. Long term users develop severe dental problems often referred to as “meth mouth”. They also experience anxiety and sleeping problems, paranoia, hallucinations which in turn manifest into violent behavior. Drug overdose can lead to death.

Cocaine comes from the coca plant that is native from South America. It is a very addictive fine white powder that is often smoked, snorted or rubbed into the gums. It can also be liquefied in water and injected directly into the bloodstream.

Effects on Health: Like most of the drugs listed here, cocaine enables the brain to release an incredible amount of dopamine in such a short time. However, this unusually amount of dopamine leaves the user feeling a burst of energy, happiness and mental alertness. Unfortunately, it is also accompanied by hypersensitivity to light, sound and touch causing the user to be easily irritable and may develop into paranoia. The larger the quantity consumed and the frequent use of this drug can lead to unpredictable, erratic behavior. Snorting cocaine can also cause loss of smell, frequent nose bleeds and problems swallowing. And with the use of needles, the trio of viral infections (HIV, AIDS, Hepatitis B or C) is of a higher risk.

Depending on its purity, heroin can come in a variety of colors such as white (purest), rose gray, brown and black. Users often smoke, snort or inject heroin like that of cocaine. And sometimes, cocaine is mixed with heroin which is referred to as speedball.  Heroin is a form of an opioid substance that directly affects the opioid receptors in the brain which are in charge of some of the most important process such as breathing, blood pressure, pain receptors and arousal.

Effects on Health: Onset effects of this drug include dry mouth, clouded mental functions and limbs feeling heavy. Long term effects lead to cardiac problems, liver and kidney disease, pneumonia and are susceptible to HIV, AIDS and Hepatitis B and C.

Have You Heard About Harissa? Learn Its Health Benefits and How It’s Used 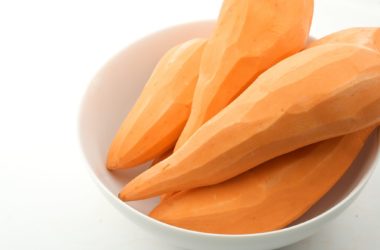 Yams are tuber vegetables that come in about 200 different varieties. It’s a staple food in many parts… 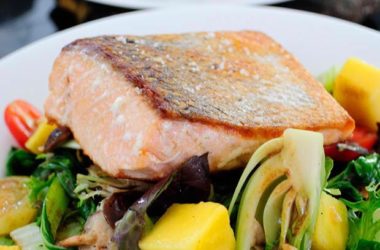 This main course serves two people. The salmon can be cut in halves for four pieces and the… 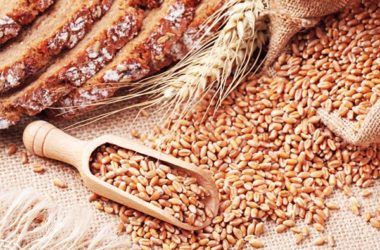 Get to Know the Benefits of Eating Whole Grains

If you’re a health- and figure-conscious individual, then you may already know the fact that adding refined grains…