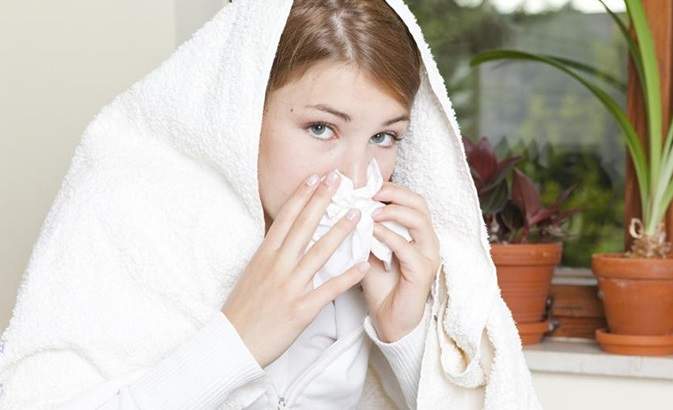 How to Handle Separation Anxiety in Babies

Multiple factors can be the causes behind sinusitis. According to Mayo Clinic, the causes include nasal polyps, as such tissue growths serve as obstruction in the nasal passages. Also, a deviated nasal septum is a cause, since a crooked wall between the nostrils may also block the sinus passages. Some medical conditions, such as respiratory tract infections may also lead to inflammation and swelling of the sinus membranes; thus, mucus drainage is blocked. The inflammatory processes in allergies like hay fever may also block the sinuses, along with the complications brought about by certain medical conditions like gastroesophageal reflux, cystic fibrosis, HIV, and immunosuppressive conditions.

According to EMedicine, sinusitis affects one out of seven adults in the United States and over 30 million people are diagnosed each year. As per the publication, the condition is more usual from early fall to the early part of spring. To add, the condition involves approximately 35 million people per year in the United States and it is associated with about 16 million health visits annually. As per the National Ambulatory Medical Care Survey, as per the publication, about 14 percent of adults reported rhinosinusitis episodes per year. In this regard, the condition also stands as the fifth most common diagnosis that needs antibiotic prescription.

Sinusitis presents a number of symptoms. According to American College of Allergy, Asthma, and Immunology, the common symptoms of sinusitis include postnasal drip and a nasal discharge that is greenish in color. Other symptoms include nasal stuffiness or congestion, face tenderness (usually under the eyes or at the nose bridge), frontal headaches, toothache, cough, fever, weakness, and halitosis or bad breath.

As per Health Line, the person should set an appointment with the doctor if he has a fever or sinus infection that is persistent or recurrent. While fever is one of the known symptoms of sinusitis, it should be addressed, since it may be part of an underlying medical condition.

While treatment like sprays and over-the-counter medications are available to manage sinusitis, various health remedies can also be done.

One agent as remedy for sinusitis is turmeric or ginger root. According to Natural Living Ideas, turmeric root is a spice used in Indian and Middle eastern cuisine and in the medical field, it contains the substance called curcumin, anti-inflammatory and anti-oxidant. Thus, turmeric has the power to reduce inflammation, as well as get rid of unwanted and toxic substances from the body. In addition, ginger root is capable of preventing gastric upset, which is an associated with the medical condition.

See also  Healthy and Safety Tips When Going to the Beach

Bromelain is one option in the management of sinusitis. According to Everyday Health, bromelain is a protein that can be found in pineapple steams. While it is sold as a supplement, it has also been used to reduce swelling, which is applicable in sinusitis. In a statement, as cited by the publication, Lenox Hill Hospital New York internist Robert Graham said that bromelain appeared to be beneficial and helped reduce swelling in the nasal passages. It is also recommended to seek medical consult with a doctor before consuming bromelain, since it may have an interaction with other medications.

Comments
Sourcewisegeekhealth.com
Previous articleHealth Benefits of Prune and Sample Recipe
Next articleEat Chocolate Not Less Than Once a Week and This Will Happen to Your Brain!

10 Health Benefits of Mint Leaves You Should Know

What You Should Know: Tasty and Healthy Citrus Fruits