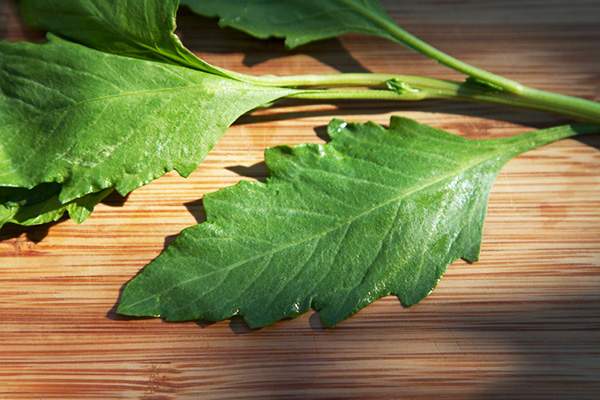 Ways to Curb Your Appetite Post-Workout

Ways to Improve and Increase Your Concentration

Epazote, also known as wormseed, payqu, Jesuit’s tea, Mexican tea, and herba sancti Mariae, is an annual herb that is used in the kitchen. With the scientific name Dysphania ambrosiodes, it is native to southern Mexico, Central America, and South America. As an herb, the following are its health benefits.

Epazote is rich in vitamins and minerals. According to Nutrition and You, epazote contains vitamins A, B, and C. Vitamin A promotes clear vision and integrity of the skin and mucus membranes. On the other hand, vitamin B promotes brain function, which includes learning, thinking, memory, and sensation. Then, vitamin C raises the body’s defenses against illness and infection. The vitamin also promotes the function of the substance collagen, which acts as cement and links loosely connected cells and tissues. In terms of minerals, epazote contains a handful. It has calcium, copper, iron, magnesium, manganese, phosphorus, selenium, zinc, sodium, and potassium. Calcium and phosphorus help strengthen the bones and teeth while copper and manganese improve metabolism and tissue growth and development. Iron promotes cellular and tissue oxygenation while magnesium plays a role in neuromuscular coordination. Selenium prevents cellular damage by releasing antioxidant enzymes while zinc promotes digestive health and wound healing. Sodium preserves fluid in the body to prevent hypovolemic shock due to fluid loss while potassium reduces blood fluid from the body to prevent fluid volume excess and cardiac overload. Potassium also helps the blood vessel muscles to relax, reducing the blood pressure and preventing hypertension.

Epazote also serves as a parasitic worm fighter. According to Organic Facts, epazote has been used to treat various types of parasitic infestation, such as roundworms and hookworms. In this regard, as per the publication, the herb can be added to the diet of people living in areas with poor sanitary conditions. As per Mexican Food, the plant may be poisonous in huge quantities, but it has been used in moderation to treat indigestion secondary to bean consumption.

To prepare, as per the publication, the black beans are soaked overnight in cold water to cover. Then, they are drained and rinsed. Next, the oven is preheated to 300 degrees Fahrenheit. The beans, water, and chicken stock, along with the epazote are placed in a Dutch oven. They are brought to a boil on the stove top and the foam is skimmed off. The cooking food is covered and baked for one hour and a half.

Meanwhile, the chorizo sausage is placed in a large heavy skillet and is cooked until it browns. Next, it is removed, leaving the fat in the pan. Then, the garlic, onion, carrots, and celery stalks are added to the pan and are cooked over medium heat until the vegetables become soft. After that, the pot of beans is removed from the oven and the chorizo and vegetables are stirred in, along with the ancho or chile powder, salt, and ground cumin. The food is covered and baked for one hour, or until the beans become soft.

Epazote is one of the common herbs and healthy food ingredients added to different kinds of recipes. Its inclusion will help boost a person’s health and well-being.

Sourcelatimes.com
Previous articleHere are the Reasons Why Herring is Good for You
Next articleThe Dangers of Rapid Weight Loss

What You Should Know: Tasty and Healthy Citrus Fruits

What to Do After Having an Upper GI Endoscopy