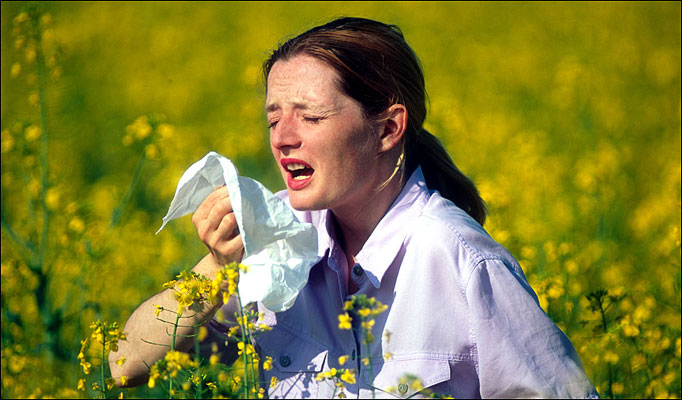 Hay fever, more popularly known as allergic rhinitis, is a condition that has similar symptoms to that of common colds. Runny nose, nasal congestion, itchy eyes, sneezing and sinus pressure—these are all signs of both hay fever and common colds.

The difference between the two is what’s causing it. Colds are caused by virus while hay fever is the body’s response to allergens found both indoors and outdoors. Some examples of these allergens are dust, pollen and pet dander.

Since hay fever is usually caused by particulates in the air, preventing it can be most effective if it was cut from the source. This is why pinpointing allergens that caused it is the first step towards avoiding hay fever. Many are already aware what causes their allergic rhinitis but for those who still haven’t figured it out, you can try seeking a physician’s help to determine them.

You should also consider monitoring potential allergens not just at home but in your entire community. This would help you determine what sorts of allergens are common in your locality.

After that, make sure to avoid going out during days when there allergen levels are particularly high. This may be during windy days when pollen and dust is prevalent. If you have to go out, make sure to take a bath to remove all allergens that stuck to your clothing and hair. You should never forget to bathe particularly during nighttime to avoid getting hay fever attacks in the wee hours.

The same concept applies to allergens that are man-made such as smoke, chemical sprays, fresh paint and household chemicals. The key to preventing allergic rhinitis is to avoid getting close contact with what causes it. You can do that or these natural preventive measures:

Make Way for Maca: Get to Know Its Marvelous Health Benefits