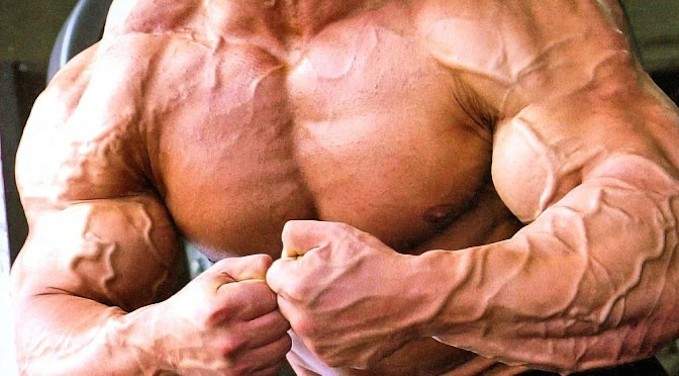 In the field of bodybuilding, people utilize steroids as agents that help them build muscles and get the physique they want. But, how exactly do these drugs aid the body build muscles, along with workout and nutrition?

As per the publication, anabolic steroids are legally prescribed for clients who produce unusually low levels of testosterone in the body, along with those who experience body wasting from diseases of the immune system, such as cancer or acquired immunodeficiency syndrome (AIDS). While the clinical uses of anabolic steroids have been established in practice, athletes utilize them to boost the body’s natural process of muscle building.

In normal physiology, small tears in muscle fibers occur when a person lifts weights that are heavier that he is used to. Due to muscle damage, it is normal for the body to undergo a reparative process, which involves adding muscle cells to the tear and build a stronger muscle fiber. This process of enlarging the muscle fiber is referred to as muscular hypertrophy.

The effects of steroid utilization are demonstrated in a study, according to A Work Routine. As per the publication, the study was done for ten weeks and involved a group of men of normal body weight between the ages of 19 and 40. The participants, who all had some sort of weight training experience, were divided into four groups. The first group did not do any form of exercise and did not receive any form of anabolic steroids and drugs. The second group did not do any form of exercise; however, they received injections of 600 mg of testosterone enanthate every week. The third group did exercise, but they did not receive any form of anabolic steroids or drugs. And the last group did exercise and they also got 600 mg injection doses of testosterone enanthate. The men’s diet, which included caloric, protein, and nutrient intake were set depending on the person’s body weight and were documented, verified, and modified when necessary. The third and the fourth group also did similar workout routine per week.

According to the publication, the men in the first group had no significant changes in muscle growth. The men in the second group were able to yield seven pounds of muscle, even without exercise. The third group of men built about four pounds of muscle while the men in the last group were able to build 13 pounds of muscle. The study results suggest that there was a significant difference between the muscle growth in people who use anabolic steroids and those who do not use them, as those men who received testosterone doses gained more than thrice as much muscle as those who did not receive them. In addition, the results indicated the potency of anabolic steroids in muscle building, since those men who did not exercise still managed to gain seven pounds of muscle when compared to those who exercised and did not receive the drug.

While steroids are capable of bringing significant muscle growth to the body, it is still important to consider the thought that a person should not solely rely on their effects. It is still an interplay among nutrition, exercise, and attitude that greatly affects the overall health and fitness of a person.