Oregano is an herb native to Europe and Asia that’s employed for cooking as well as healing, which makes oregano oil extracted from it effective against a wide variety of health and beauty concerns.

When shopping for oregano oil, make sure that it’s the real deal — in needs to contain at least 70 percent carvacrol, which is an organic compound that gives oregano a characteristic spicy punch. By the way, carvacrol can be also found in the likes of thyme, bergamot and pepperwort, but it’s only in oregano where it’s available in impressive amounts!

So without further ado, here are some of the most amazing benefits that you may enjoy if there is a bottle of oregano oil within your easy reach:

After cleaning and thoroughly drying your feet, apply oregano oil on them in order to cure athlete’s foot — the oil’s superb antifungal properties can put an end to it. Oregano oil may also be employed in dealing with various other skin diseases such as ringworm, jock itch, psoriasis and eczema.

It’s Good for the Hair and Scalp

Massaging oregano oil on the scalp is said to help stimulate hair growth, thus making your mane thicker. The same procedure may be done if you are bugged by dandruff. The antifungal properties of the said oil can help zap fungus that is commonly the reason behind dandruff.

Aside from antifungal properties, oregano oil also has incredible antioxidant properties, which means that it can help shield your skin cells from free radicals. Because of this, the development of skin aging signs can be delayed, allowing you to enjoy skin that looks healthy and youthful.

No, the kind of inflammation that oregano oil deals with is not the type that happens when you have an infected wound, but one that takes place within the body, which is associated with diabetes, arthritis and many other diseases. Because of the anti-inflammatory properties of oregano oil, your risk of the said health problems may be reduced.

Because of oregano oil’s abundant antioxidant content, the said oil is good for your heart. It’s for the fact that those free radical-fighting molecules prevent the oxidation of cholesterol. Such results in clog-free arteries and normal blood pressure, both of which necessary for the prevention of deadly heart disease.

Using It May Prevent Cancer

Nobody wants to have cancer because it can threaten one’s life most especially if it’s not detected and treated during its early stages. Luckily, there are many natural ways to combat cancer, and one of them is with the use of oregano oil. Experts say that oregano oil may help combat cancer due to its mutagenic and anti-carcinogenic properties.

It Strengthens Your Immune System

Are you frustrated that you always have a bout of sore throat, cold or flu and it is keeping you from being an active and productive person? Perhaps your immune system is not that strong. Be more protected against invading bacteria and viruses with the help of oregano oil as it has loads of immune system-strengthening compounds.

Many people swear by the effectiveness of a glass of milk or fruit juice mixed with 2 to 3 drops of oregano oil in dealing with stomach upset. Now you know some other all-natural way to combat indigestion aside from drinking ginger or peppermint tea. By the way, oregano oil is also known to help improve digestion.

Consider applying oregano oil on your chest to attain relief from cough. Similarly, you may use an essential oil diffuser in filling the air with the scent of oregano oil for faster relief. Traditional healers rely on oregano oil in treating individuals with breathing difficulties due to asthma and acute bronchitis.

It May be Used as Massage Oil

There are numerous ways to bounce back from stress, and one of them is by having a massage. Using oregano as massage oil helps in soothing tensed and tired muscles, allowing you to relax much better. No one is around to give you a full-body massage? Get the same relaxing effect by massaging the soles of your feet with oregano oil. 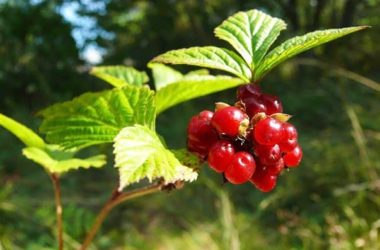 Stone bramble is a shrub that bears edible red berries that are packed with antioxidants. What’s so wonderful… 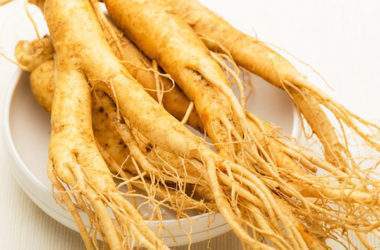 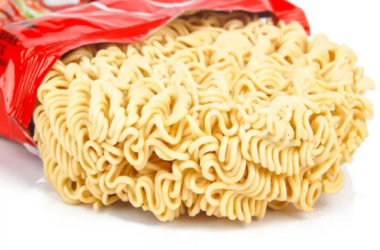